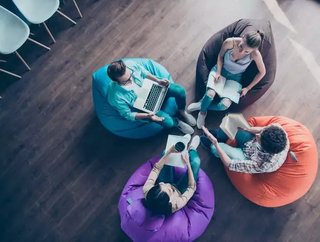 Venture capital firm Northzone has announced the closing of its latest, $500mn fund, Northzone IX. Early investments made by the fund have been in memb...

Early investments made by the fund have been in membership rewards, sustainability and video startups in London, Oslo and New York City. The stated aim of the fund is to invest in Series A and Series B rounds in Europe and the eastern United States.

Northzone, which has offices in London, New York, Stockholm and Oslo, has a record, particularly in the Scandinavian technology scene. Previous horses backed by the company include, most prominently, Swedish music streaming service Spotify, with currently active investments including the likes of compatriot fintech firm Klarna and Danish review website Trustpilot.

Partner Paul Murphy said in the company’s press release: “The start-up ecosystems beyond Silicon Valley have seen a step change in recent years in quality, scale and an abundance of experienced founder and operator talent, along with deeper pockets of capital. There has never been a better time for tech entrepreneurs in Europe.”

It’s a sentiment that might raise eyebrows, considering political convulsions such as Brexit, which may affect London’s status as one of the jewels in the technology crown. At this month’s Web Summit, however, Saul Klein, Co-founder of LocalGlobe emphasised: “Tech in London, tech in the UK is actually going from strength to strength. There’s more capital being invested, more billion dollar companies being produced, 50,000 people who work at unicorns, 2.1mn people working in tech.”

That’s a perspective partly born out in the news last week that London-based Balderton Capital launched a $400mn fund dedicated to European companies’ Series A rounds. According to the firm, venture capital funding for startups in Europe rose from €11.5bn in 2014 to €24.6bn in 2018.

“We believe Europe has the potential to build the next generation of technology giants, and we are focused on helping brilliant founders fulfil that ambition,” said partner Bernard Liautaud. “We are seeing more and more exceptional founders raising Series A in Europe. With today’s new fund we want to build on that momentum.”