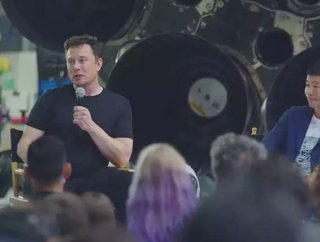 Elon Musk first came to prominence as the co-founder of X.com, which eventually merged with and was renamed as PayPal. Before that, however, the South A...

Elon Musk first came to prominence as the co-founder of X.com, which eventually merged with and was renamed as PayPal. Before that, however, the South African-born Musk attended the University of Pennsylvania, from which he graduated with a BSc in economics and a BA in physics, later launching his first company Zip2. Thanks to his Canadian Mother, Musk is a joint citizen of South Africa, Canada and the USA, where he resides.

The two companies for which Musk is best known are electric vehicle manufacturer Tesla and space firm SpaceX. The latter was founded first - in 2002. The company’s rapid ascent is perhaps best demonstrated by its involvement alongside Boeing in NASA’s Commercial Crew Program to fly astronauts to the ISS on privately manufactured craft. Tesla, meanwhile was founded in 2003, with Musk’s involvement starting after he led a series A round of investment in 2004.

Musk, it is fair to say, does not project the staid image common to most business leaders. His run in with a sign, for instance, did not dampen his enthusiasm for driving around in Tesla’s upcoming Cybertruck vehicle. Nor did his removal as Tesla Chairman following a rogue tweet lessen his personal association with the brand.

Not content with the status quo, blue sky thinking is another hallmark of Musk’s companies. In SpaceX’s case, the moonshot (or should that be marsshot?) is human colonisation of the red planet. The more earthly Tesla has its own disruptive ambitions, of which the unusual design of the Cybertruck is just one indicator.

Outside of his core pursuits, Musk has a finger in many other pies. Neuralink, for instance, is attempting to develop brain-machine interfaces, while The Boring Company plans to create networks of subterranean transportation tunnels to circumvent the crush of traffic inherent to many of the world’s cities.