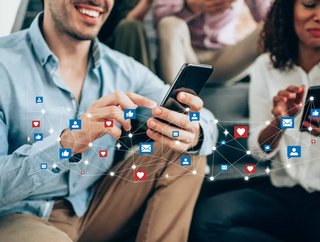 The UK’s competition watchdog has ordered Facebook to reverse its acquisition of animated GIF platform, Giphy

The UK’s Competition and Markets Authority (CMA) has officially ordered Facebook to reverse its acquisition of Giphy, a year and a half after the social media giant first said it was acquiring the popular GIF-making and sharing website.

In line with its Phase 2 provisional findings issued in August, the CMA has concluded that Facebook’s acquisition of Giphy would reduce competition between social media platforms and that the deal has already removed Giphy as a potential challenger in the display advertising market.

The independent CMA panel reviewing the merger has concluded that Facebook would be able to increase its already significant market power in relation to other social media platforms by:

Removing a potential source of competition

This would be the first time the CMA has attempted to unwind a completed acquisition by a tech giant, the Financial Times previously reported. Although Meta may appeal the decision.

As part of its in-depth investigation, the CMA also looked at how the deal would affect the display advertising market. It found that, before the merger, Giphy had launched innovative advertising services which it was considering expanding to countries outside the US, including the UK. Giphy’s services allowed companies – such as Dunkin’ Donuts and Pepsi – to promote their brands through visual images and GIFs.

Stuart McIntosh, Chair of the independent inquiry group carrying out the phase 2 investigation, said: “ The tie-up between Facebook and Giphy has already removed a potential challenger in the display advertising market.

“Without action, it will also allow Facebook to increase its significant market power in social media even further, through controlling competitors’ access to Giphy GIFs.

“By requiring Facebook to sell Giphy, we are protecting millions of social media users and promoting competition and innovation in digital advertising,” added McIntosh.