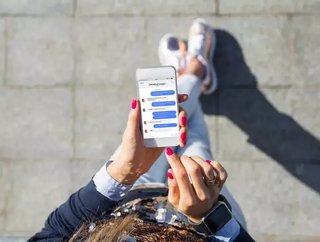 Facebook has announced a major investment in Ireland with plans to create 1,000 new jobs in 2019. The social media company will create jobs across its...

Facebook has announced a major investment in Ireland with plans to create 1,000 new jobs in 2019.

The social media company will create jobs across its 60 teams including sales, engineering and marketing however, the team that will see the biggest expansion will be its content policy and moderation division.

Addressing Facebook’s Gather conference in Dublin, the company’s chief operating officer, Sheryl Sandberg, said that this is a key focus area for the firm as it tries to safeguard the safety and security of Facebook users.

She added that Facebook was “committed to cracking down on fake accounts and false news, strengthening defences against election interference and being even more transparent in how it operates and makes decisions, to make itself more publicly accountable”.

Spanning its Dublin office, the Facebook Reality Lab in Cork as well as its data centre in Meath, Facebook's Irish operation is its largest outside of its headquarters in California.

Elsewhere, whilst visiting the Dublin City University (DCU) campus, the 'Lean In' author announced that Facebook would invest €1mn (USD$1.14) in Ireland’s National Anti-Bullying Centre (ABC), the largest investment of its kind in Ireland.

Sandberg said that the funding will go towards supporting research conducted by the organisation, expanding the online safety programme for teachers and parents of second school students as well as creating an online safety resource for teens in collaboration with SpunOut.ie.

Commenting on the investment, Gareth Lambe, Head of Facebook Ireland, added: “This will go towards teacher training programmes to help schools understand and identify online bullying and there will be activities and events held in Facebook’s International headquarters as part of this.”