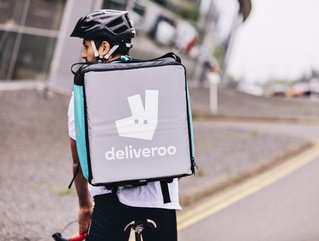 Deliveroo has revealed that its sales more than doubled to £277mn in the year to 31 December 2017. The food delivery...

Deliveroo has revealed that its sales more than doubled to £277mn in the year to 31 December 2017.

The startup, which is one of the fastest growing technology business in Europe, also saw its pre-tax losses widen.

The food delivery startup racked up an additional £106mn (US$137.4mn) of operating expenses after recruiting 300 engineers, expanding in new cities, and moving to its new City of London head office.

Deliveroo added that it will be expanding into Taiwan “in coming weeks” and noted that it has plans to enter other global markets in the future.

"Our growth is matched only by our ambition," said co-founder and chief executive Will Shu.

"We want to become the world's definitive food company and we have invested heavily in innovation, technology, people and restaurants.

"We are changing the way people eat and helping restaurants to expand to new areas and in new ways."

Deliveroo was valued at around $2bn based on its most recent funding round last year, giving the startup ‘unicorn’ status.

The results come shortly after reports that ride-hailing company Uber had made approaches to acquire the firm.