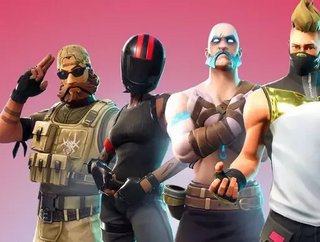 Epic Games is a Cary, North Carolina based video game developer and publisher, and the maker of hit video game Fortnite Battle Royale...

Epic Games is a Cary, North Carolina based video game developer and publisher, and the maker of hit video game Fortnite Battle Royale.

Fortnite was originally released to little fanfare as a cooperative survival shooter in July 2017, the game was soon pivoted to the emerging battle royale genre, and has reaped handsome rewards, sending its developer to a recent valuation of $17.3bn.

One of the game’s biggest draws is its social features, with Epic Games keen to highlight the game as a kind of platform. That approach has resulted in live events that change the game world which are witnessable by players in game.

Back in February, a virtual concert by American DJ Marshmello attracted millions to the game. A special mode was specifically created for the occasion wherein the usual objectives of the game were disabled and players were greeted by a stage and a digital representation of the musician. As the event progressed, players were invited to “dance” using emotes, special animations which can be unlocked for real money, and events mirrored the content of the songs.

In a press release, the company’s founder and CEO Tim Sweeney said: “Having the support of leaders in the financial community accelerates Epic’s efforts to build a new kind of digital ecosystem using real-time 3D technology, services that connect hundreds of millions of people, and a digital storefront that offers a fair business model. We are delighted to have them as part of the Epic family.”

The announcement comes less than a month after Sony invested $250mn in the company, acquiring a minority interest in return, a figure which is included in the quoted $1.78bn round.