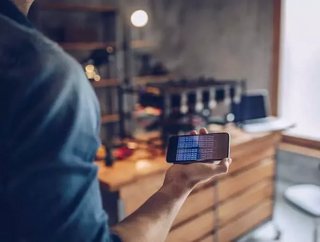 “Bringing the first blockchain-based smartphone to market obligates us to partner with the very best in the market,” said Moshe Hogeg, Co-CEO of Sirin Labs. “FIH Mobile – the gold-standard in smartphone manufacturing – was ultimately the clear and natural partner for us.”

Set to become the world’s first blockchain-based smartphone, Finney smartphones include a number of innovative features including a cold storage crypto wallet.

According to Sirin Labs, this “will enable seamless and automatic token conversions for the use of different decentralized applications, without the hassle of obtaining the different tokens through an exchange, thus solving the complicated user experience”.

Sirin Labs previously raised $157.8mn in an initial coin offering (ICO) in December to support the development of the smartphone, with more than 25,000 units already having been preordered according to Bloomberg.

As part of the deal, FIH Mobile will become responsible for the design and manufacturing of the phone, whilst Sirin Labs will lead the development of the cold storage wallet hardware and the smartphone’s operating system.

Further, the Finney devices will be manufactured at FIH Mobile’s existing facilities.