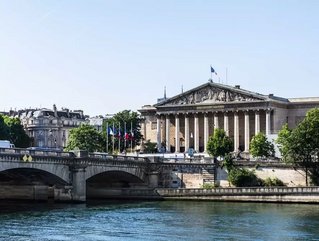 France is going ahead with its plan to levy a digital service tax on big tech companies, starting in December...

France is going ahead with its plan to levy a digital service tax on big tech companies, starting in December.

According to Reuters, France had suspended the tax during negotiations at the Organisation for Economic Cooperation and Development (OECD), but is now going ahead after the some 140 countries involved agreed to continue negotiating into 2021. France nevertheless maintains that it will withdraw the tax as soon as a deal is reached to update tax laws for the modern age of ecommerce - which is only growing in importance thanks to the ongoing COVID-19 pandemic.

One of the factors holding up a deal has been the Trump administration’s reticence to sign such a deal, though many think the incoming Biden administration will also be unlikely to see the benefit of the US’ golden goose tech companies being forced to pay more tax elsewhere.

Retaliatory tariffs are one possible result of the decision, with earlier threats of 100% tariffs on French goods including wine and cheeses.

The 3% levy is on digital services earned in France by big tech companies, defined as those with revenues of over €25mn in France and €750mn worldwide. Both Amazon and Facebook have been served notice of their need to pay the tax.

“We will levy this digital taxation mid December as we always explained to the U.S. administration,” said French Finance Minister Bruno Le Maire as reported by Reuters. “Our goal remains to have an OECD agreement by the first months of 2021.”

The tax arrangements of the big tech companies has been a long-running source of controversy, owing to their cross-border nature and creative corporate structures. In the UK, for instance, Amazon ended up paying just 3% more in taxes despite profits rising by 35%, while Facebook paid £28mn in tax despite UK revenues totalling £1.6bn.