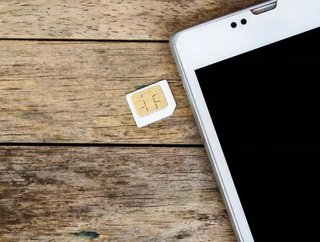 According to figures fromABI Research, global SIM card shipments rose by 3.9% year-on-year in 2016 to reach over 5.4bn units, with this number expected...

According to figures from ABI Research, global SIM card shipments rose by 3.9% year-on-year in 2016 to reach over 5.4bn units, with this number expected to hit over 5.8bn in 2020.

Future revenue growth will be primarily driven by platforms and services as opposed to the hardware centric revenue base which has brought the market to where it is today.

This moderate growth rate was driven by continued advancement of Long Term Evolution (LTE) networks in China, Indonesia and India, with the latter having fully recovered from the impact of the introduction of SIM ID registration which hit the market heavily in 2013.

With more countries expected to implement ID registration in the near future, this could have a negative impact on the market.

The recent wave of terrorist attacks in France, Belgium and Turkey have accelerated the implementation of laws and rules that enforce the registration of pre-paid SIM cards, especially in Europe.

India's ID registration is a prime example of how ID registration can adversely affect the market. The time lag between ID registration and SIM deployment resulted in a major reduction in SIM issuance, drastically affecting the localised market where shipment levels dropped nearly 10% year-on-year.

With Asia powering growth, the region could be considered a market highlight, with its success partially offsetting disappointing and stagnant results in the Americas and Western Europe, driven by the closure of Softcard – directly impacting the issuance of single wire protocol (SWP) SIMs – and high saturation levels respectively.

“The presented growth opportunity of rising SIM use cases in M2M applications and the emerging IoT may be enough to counterbalance any negative impact on the traditional SIM card market.

“Overall the mixture of the saturated and established nature of the traditional handset SIM card market, paired with growing M2M and IoT use cases, will create a market capable of future low level annual growth rates in the 2-4% range."

Thanks to their respective Trusted Service Manager (TSM) platforms, leading SIM card vendors including Gemalto, OT-Morpho, G&D and Valid are well prepared for the road ahead.