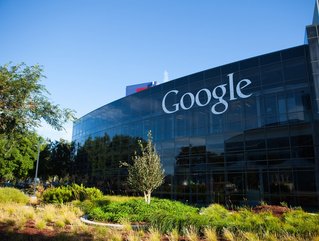 Tech giant Google has committed €150mn ($178mn) to growing its data centre in Ireland, a move it says will help it to power opera...

Tech giant Google has committed €150mn ($178mn) to growing its data centre in Ireland, a move it says will help it to power operations across the whole of Europe, Middle East and Asia.

The site, located in Dublin, will become one of the most sustainable data centre operations in the world once the upgrade is complete, with Ireland an increasingly popular destination for the sector due to its naturally cool climate.

The first phase of Google’s expansion project will be in place by the end of the year, with the project as a whole thought to require the creation of around 400 jobs.

Once finished, the data centre will be managed by 30-40 staff, who join the 7,000 people Google already employs in the country.

The Dublin data centre alone contributes an average of $65mn to the Irish economy every year, with the company having spent more than $415mn on the site since 2011, according to study by Copenhagen Economics.

As a whole, the data centre industry has contributed 4,900 jobs to the country, or roughly 700 new roles a year.

Its data centre in Dublin is one of four spread across Europe, the others being located in St. Ghislain-Mons in Belgium, Hamina-Kotka in Finland, and Eemshaven-Groningen in The Netherlands.

Google’s sustainable credentials were also showcased in the Copenhagen Economics report. In 2017, across the globe, for every kilowatt hour of electricity Google consumed, Google purchased a kilowatt hour of renewable energy from a wind or solar farm that was built specifically for Google.