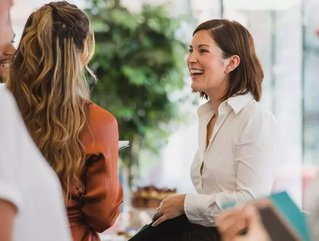 The Google.org Impact Challenge for Women and Girls will see the company commit $25mn for proposed projects that create prosperity for women...

Technology giant Google has launched an initiative with the aim of empowering women and girls in tech.

The Google.org Impact Challenge for Women and Girls will see the company commit $25mn for proposed projects that create prosperity for women. Some of the criteria for applications include being grounded in research, being feasible and involving the correct experts, being a unique innovation, and being a model for other efforts.

Jacquelline Fuller, President, Google.org, said: “We have a collective responsibility to make sure that generations of women and girls from all walks of life can live in a world where they are treated equally and reach their full potential. Over the last five years, Google.org has given more than $55 million to nonprofit organizations that support gender equity and access to opportunity for women and girls around the world. [...] This new Impact Challenge will build on that work. “

Applications close in early July, before being reviewed by a panel of experts. Every chosen organisation will be able to access between $300,000 and $2mn for their endeavours.

In a blog post, Lorraine Twohill, Chief Marketing Officer, said: “Google is on a mission to bridge the digital divide and empower women and girls through technology, in partnership with organizations like UN Women. [...] It’s exciting to go from being the only girl in my applied math class, to being on the panel of judges for this Impact Challenge, surrounded by more than 25 inspiring women.”

Despite putting its money where its mouth is over supporting women, the company has recently faced controversy over its handling of the firing of two women in its Ethics in AI division. Margaret Mitchell and Timnit Gebru, both prominent AI researchers. The latter’s removal led the company's chief executive Sundar Pichai to issue an apology over the way she left the firm, saying in an email: “We need to assess the circumstances that led up to Dr. Gebru’s departure, examining where we could have improved and led a more respectful process.”