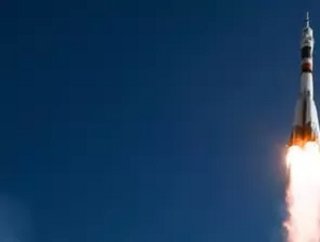 The rocket, named ADA, was developed by Coltishall-based Gravitlab Aerospace Services and blasted off from the Western Isles yesterday.

The company, which described the launch as a 'significant milestone' for the company, wants to make space more accessible by providing reliable and affordable microgravity research and testing services.

Not yet reaching the heights

However, the blast off didn’t quite go to plan, with the test flight only reaching around a few hundred feet before coming back to earth. It had been intended to reach around 6000ft before returning.

The launch took place at Benbecula Airport in the Western Isles yesterday as part of a joint initiative between Gravitlab and Spaceport 1.

The test flight is seen as a valuable learning curve for Spaceport 1, which is the consortium led by Comhairle nan Eilean Siar, the Western Isles Council. It aims to open at Scolpaig, North Uist, in 2022.

From this base, it is planned that commercial sub-orbital space launches will begin to take place from within the UK.

The latest in a line of space projects

It's the latest in a long line of projects that the region's space companies have been working on.

Rob Adlard, Gravitilab Aerospace technical director, said: "This launch is a hugely significant moment for Gravitilab. We have launched rockets before, but ADA is a step change for us as it is the rocket that is going to provide a template for a future scaled-up programme that will significantly enhance our space access and microgravity service.”

And Mark Roberts, Spaceport 1 programme director, added: "This is an historic moment for Spaceport 1, the Outer Hebrides, Scotland and the UK. Our unique partnership with Gravitilab allows us to improve our procedures and progress towards a viable spaceport in North Uist.

"It opens up not only a route to space for inclusive, enterprising ventures like Gravitilab, but also offers this remote area of Scotland a chance to build a thriving business, bringing much-needed quality jobs to this region."

The first commercial rocket launch in Scotland took place in August 2018 when Skyrora's 2.5 metre (9ft) projectile reached altitudes of almost four miles after taking off at the Kildermorie Estate in Ross-shire.