How can you ‘recession-proof’ your tech company? 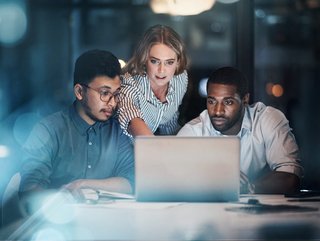 In times of economic uncertainty, Adam Fard explores how people can make their tech companies ‘recession-proof’

Recently, tech stocks have plunged with giants such as Apple, Meta, and Google losing more than US$2.7tn. Layoffs have also become prevalent with companies laying off high percentages of their tech professionals like Netflix (2%), Cameo (25%), and some even laying off 50% of their whole workforce, like ‘Better’. So far, 2022 has been tough times for tech businesses.

However, a recession isn’t a death sentence and there are ways to prevent your businesses from being affected by hard economic times. So, how can you make your tech company ‘recession-proof’?

According to Investopedia, a recession is a macroeconomic term that refers to a significant decline in general economic activity in a designated region. It had been typically recognised as two consecutive quarters of economic decline, as reflected by GDP in conjunction with monthly indicators such as a rise in unemployment.

Does that definition ring a bell? – Yes, that is exactly what’s happening right now, so much so that many experts compare the recession today to the dot com crash of 2000. The reason that is amongst the most commonly cited is prioritising growth over profits in the tech scene.

Why a recession isn’t a death sentence

Even though an economy during a recession might seem like the worst time to start or run a tech business, there’s a multitude of large tech companies that have emerged victorious. Just to name a few: Square, Asana, Slack, Zoom, AirBnB, Groupon. The list goes on and on.

Regardless of the difficulties that a recession presents, there is also a range of new opportunities. These include:

Hopefully, that’s enough to convince you that a recession isn’t all doom and gloom.

With the intro out of the way, let’s get into the meat of this topic. How does one navigate through the perilous recessionary times?

Cutting costs usually means layoffs and a severe shortage of workforce and talent. Outsourcing these tasks helps manage capital with more flexibility so you can measure and reallocate resources at any point in time. This kind of budgeting is key to achieving better ROI and saving money in critical times.

On top of that, outsourcing makes it easier to control the number of personnel that are working for you. The company, whose services you’re using, can also reallocate staff without the need to lay people off.

Despite how gloomy things might look, the fact of the matter is that tech is not going anywhere. As such, it’s important to be ready for when the demand for your product rises again.

Investing in R&D, specifically into solid UX, during this time is critical. Acting on your R&D makes your business more attractive to investors in the long run while retaining the current user base and appealing to the new one. UX research is one potent way you could pinpoint the opportunities you would overlook otherwise.

UX Research is fundamental in building what’s actually important and informing your product roadmap. On top of that, UX forces you to make customer-driven decisions, as opposed to obsessing over features.

On getting funding & being acquired

A recession isn’t bad news for any business. Big companies like Google are famous for acquiring smaller companies during recessions. As such, it’s important to have a solid product that’s capable of remaining afloat.

During the Great Recession from 2008 to 2010, big tech companies like Apple, Google, Microsoft, and Facebook acquired over 150 companies and thousands of new IPs from smaller tech companies that were forced to shut down.

For smaller tech businesses, becoming leaner is vital. Lean products focus on key metrics while allocating only the necessary resources. On top of that, showing a great understanding of the market and users’ expectations is of critical importance.

A large part of any product’s spending is development which can be subdivided into things like research, design, coding, etc. What normally happens is that founders are eager to launch asap and figure out the rest on the fly. Such an approach is iteration-based and has its merits. Not during a recession though. Sometimes you simply can’t iterate as much as you would like to.

The solution is quite simple. You need to reach the same destination, but with fewer iterations. In order to do that, you need to eliminate as much uncertainty as possible before launch. UX is how you do that.

In short, UX helps you do the following:

Yes, recessions aren’t anything anyone should be looking forward to. However, you shouldn’t give up without a fight either. Recessions offer your tech business ample opportunities to emerge victorious. Proper R&D, research, and becoming lean are among the things that can ease your tech business out of failure.