How innovation is transforming government 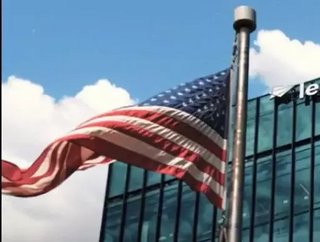 Leidos is a global leader in the development and application of technology to solve their customers’ most demanding challenges.

According to Washington Technology’s Top 100 list, Leidos is the largest IT provider to the government. But as Lieutenant General William J. Bender explains, “that barely scratches the surface” of the company’s portfolio and drive for innovation.

Bender, who spent three and a half decades in the military, including a stint as the U.S. Air Force’s Chief Information Officer (CIO), has seen action in the field and in technology during that time, and it runs in the family. Bender’s son is an F-16 instructor pilot. So it stands to reason Bender Senior intends to ensure a thriving technological base for the U.S. Air Force. “What we’re really doing here is transforming the federal government from the industrial age into the information age and doing it hand-in-hand with industry,” he says.

The significant changes that have taken place in the wider technology world are precisely the capabilities Leidos is trying to pilot the U.S. Air Force through. It boils down to developing cyberspace as a new domain of battle, globally connected and constantly challenged by the threat of cybersecurity attacks.

“We recognize the importance of the U.S. Air Force’s missions,” says Bender, “and making sure they achieve those missions. We sit side-by-side with the air combat command, intelligence surveillance, and reconnaissance infrastructure across the Air Force. There are multiple large programs where the Air Force is partnering with Leidos to ensure their mission is successfully accomplished 24/7/365. In this company, we’re all in on making sure there’s no drop in capability.”

That partnership relies on a shared understanding of delivering successful national security outcomes, really understanding the mission at hand, and Leidos’ long-standing relationship of over 50 years with the federal government.

To look at where technology is going, Bender thinks it is important to look back at the last 10 to 15 years. “What we’ve seen is a complete shift in how technology gets developed,” he says. “It used to be that the government invested aggressively in research and development, and some of those technologies, once they were launched in a military context, would find their way into the commercial space. That has shifted almost a hundred percent now, where the bulk of the research and development dollars and the development of tech-explicit technologies takes place in the commercial sector.”

“There’s a long-standing desire to adopt commercial technology into defense applications, but it’s had a hard time crossing the ‘valley of death’ [government slang for commercial technologies and partnerships that fail to effectively transition into government missions]. Increasingly we’re able to do that. We need to look at open architectures and open systems for a true plug-and-play capability. Instead of buying it now and trying to guess what it’s going to be used for 12 years from now, it should be evolving iteratively.”