How Quantum Computing Can Transform Batteries 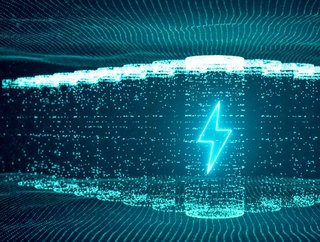 Batteries are sometimes referred to as “the new oil”. Demand for electrical energy storage is undergoing explosive growth through increasing needs for electric vehicles (EVs) and grid energy storage that enable a lower carbon economy. To match this demand, the world is going to need an awful lot of batteries, and for the batteries to be a lot better than they are now.

Inside any battery, from your familiar AAA in the remote control to the biggest energy storage system, you will find the same components: an anode, a cathode and the electrolyte that allows charged ions to pass to and from the electrodes. While this sounds simple, these components in fact form an incredibly complex ecosystem.

The combination of different options for these parameters leads to millions of possible permutations that in classical battery R&D need to be tested and evaluated.

The quest now is to find the next breakthrough battery that would give us the range, safety and low costs that we have grown used to with petrol cars. But researchers are stalled by one major impediment: they fundamentally do not understand what is happening in many parts of the batteries themselves.

Even with the best analytics and diagnostics, the role of the battery scientist remains realistically interpretive rather than predictive. This has led to spectacular increases in battery performance (Li-ion energy densities have trebled since 2010) but the research pace is not keeping up with the explosive demand a carbon-negative energy ecosystem brings.

Battery scientists have turned to computer simulation to better understand what is happening at the molecular level through techniques that approximate what happens at the microscopic level by leveraging supercomputing-level classical computers. But quantum mechanics is very hard for classical computers to simulate; the memory and computation costs grow exponentially in the size of the molecule and scientists today are simply not capable of simulating batteries at sufficient scale to understand their internal chemistry even using the very best of today’s supercomputers.

The limit of the world’s best supercomputer to the interaction of just a small number of atoms may sound preposterous, but first you have to consider the maths. Assuming that we can efficiently simulate the chemical system consisting of just five atoms, then the simulation of a molecule consisting of just 30 atoms using one of the best quantum chemistry methods could require 300,000 times more computational effort.

For modelling chemical elements such as transition metals used in batteries, where the interactions are strong and there are many electrons, the computation requires even more power – millions or billions times more power – and is thus beyond the scope of even future supercomputers and it would take thousands of years to return a result for a complex molecule.

The seemingly intractable problem arises because the microscopic world is governed by the rules of quantum mechanics but where classical computers are stalled by the complexity of the quantum wavefunction of many electrons, the quantum computer thrives.

The purpose of this article is not to explain how quantum computing works (there is a great video here for that) but rather why it will be so important. At the core of the quantum computer are qubits that can be superposed in many states at the same time (unlike classical bits that are either 1 or 0) and entangled with the other qubits. They can quite naturally represent the ever-growing combinatorial complexity of the electrons, taking advantage of using one quantum system (qubits) to emulate another (electrons). While on a classical computer, simulating electrons or qubits causes an exponential explosion of possible states for the computer to cover, quantum computers do this in their underlying hardware. To give a sense of scale: while a three-qubit computer would be in one of eight states, a ten-qubit system would be in a superposition of 1024 states and a 64-qubit system in 264, which is 18,446,744,073,709,600,000 possibilities.  The addition of just one more qubit doubles the capacity of the quantum computer in comparison to a classical machine.

By beating the scaling problem that classical computers fail at when trying to simulate quantum mechanics, quantum computing provides a unique opportunity to crack the battery challenge. The hardware qubits directly emulate the quantum wavefunction and interactions of the electrons and nuclei in the ecosystem, so quantum computing simulate these complex interactions and determine the probability of outcomes. All we need to do is build one of sufficient scope.

Today, quantum computing is very much at a nascent stage of development. Working with around 50 qubits and with high rates of error currently, this vision of quantum chemistry enabling new batteries remains on the horizon. To get there, we need more and better qubits with a system that makes them compute.

World governments are all too aware of the potential power of quantum computing and the race is on to design functional large-scale quantum computers. In 2019, Google unveiled a 53-qubit system and in recent months the University of Science and Technology of China in Hefei unveiled a similar 56-qubit quantum computer.

None of these are yet ready that to solve the battery challenge and work continues on controlling the reliability of qubits with Riverlane and others developing error correction and robust control system.

The dawn of commercial quantum computing may not be here yet, but it is close and could deliver the next generation of significantly improved batteries that will power the net zero world.

The quantum computer does not solve the entire complex battery system, but it does accelerate the key tasks that enable computers to help explore, improve, and automate the research and development of batteries. As quantum computers improve in their capabilities through systematic scale-up and error reduction, they may be able to provide the large-scale simulation of atomic-level interactions that reveals, for the first time, the true ecosystem of the battery.