How will the G7 tax deal affect big technology companies? 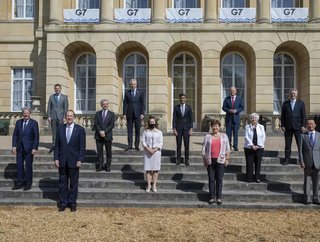 The G7 group, an organisation made up of the world's seven largest so-called advanced economies, has agreed to a ‘historic’ deal aimed at making the biggest companies such as Apple, Microsoft, Google and Facebook pay more tax.

During the talks, Finance Ministers agreed on the principles of a two Pillar global solution to tackle the tax challenges. Under Pillar One of the agreement, the largest and most profitable multinationals will be required to pay tax in the countries where they operate, and not just where they have their headquarters.

The rules would apply to global firms with at least a 10% profit margin – and would see 20% of any profit above the 10% margin reallocated and then subjected to tax in the countries they operate.

However, since the move would only apply on “profit exceeding a 10% margin for the largest and most profitable multinational enterprises,” experts have said that it could rule out the tech giant Amazon whose profit margin in 2020 was only 6.3%.

Richard Murphy, Professor of Accounting, Sheffield University Management School, said on Twitter that while the deal is historic and a step in the right direction, the 15% minimum tax rate is “far too low.”

“And why 10%? That brings some pharmaceuticals in but leaves Amazon out. Is that what was intended?”  Mr Murphy tweeted.

Experts, including those from the Fair Tax Foundation, also point out that under this approach, Amazon would pay taxes for its subsidiaries like Amazon Web Services – the tech giant’s web hosting arm – which had a profit margin of 30% in 2020.

Under Pillar Two, the G7 also agreed to the principle of at least 15% global minimum corporation tax operated on a country by country basis, creating a more level playing field for UK firms and cracking down on tax avoidance.

The system will mean the UK will raise more tax revenue from large multinationals and help pay for public services here in the UK. The agreement will now be discussed in further detail at the G20 Financial Ministers & Central Bank Governors meeting in July.

Chancellor Rishi Sunak said: “These seismic tax reforms are something the UK has been pushing for and a huge prize for the British taxpayer - creating a fairer tax system fit for the 21st century.

“This is a truly historic agreement and I’m proud the G7 has shown collective leadership at this crucial time in our global economic recovery.”

What are the G7 and what do they do?

The G7 (Group of Seven) is an organisation made up of the world's seven largest so-called advanced economies. They are Canada, France, Germany, Italy, Japan, the UK, and the United States.

The G7, originally G8, was set up in 1975 as an informal forum bringing together the leaders of the world’s leading industrial nations. The annual G7 summits have over the years developed into a platform for determining the course of multilateral discourse and shaping political responses to global challenges. It complements the role of the G20, which is widely regarded as the framework for ongoing global economic coordination.