HP and Salesforce join new signatories of The Climate Pledge 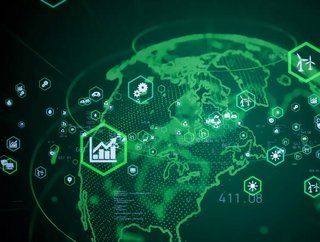 Amazon and Global Optimism have announced that more than 200 companies have now signed The Climate Pledge.

The 86 new signatories joining The Climate Pledge include Procter & Gamble, HP, Salesforce, ASOS, and Nespresso. According to Amazone the pledge signatories in total generate over $1.8 trillion in global annual revenues and have more than 7 million employees across 26 industries in 21 countries.

What is the climate pledge?

Amazon co-founded The Climate Pledge with Global Optimism in 2019. The two agreed to join forces by launching The Climate Pledge, a platform for signatories to work together on ambitious actions to achieve net zero carbon emissions by 2040, 10 years ahead of the Paris Agreement.

Signatories to The Climate Pledge agree to:

By achieving net-zero carbon by 2040, 10 years ahead of the Paris Agreement, current Climate Pledge signatories are expected to collectively mitigate 1.98 billion metric tons (BMT) of carbon emissions from a 2020 baseline. This is equivalent to 5.4% of current global annual emissions.

Making changes to save the planet

“I believe that now, more than ever, companies like Amazon have an obligation to lead the fight for our planet,” said Andy Jassy, Amazon CEO. “But, solving this challenge cannot be accomplished by one company; it requires all of us to act together, and it’s one of the reasons we’re so excited to announce that more than 200 businesses have joined us in signing The Climate Pledge—a commitment to reach the goals of the Paris Agreement 10 years early.”

The announcement responds to the findings of the latest report from the United Nations’ Intergovernmental Panel on Climate Change (IPCC), which underscores the need for increased urgency in addressing the climate crisis. Unless there are immediate, rapid, and large-scale reductions in greenhouse gas emissions, limiting warming to close to 1.5 degrees Celsius or even 2 degrees Celsius will be out of reach.

“The urgency of the climate crisis demands that we take bold action to protect our planet, and The Climate Pledge is another step in the right direction,” said Enrique Lores, president and CEO of HP Inc.