Is Huawei manufacturing its very own archenemy? 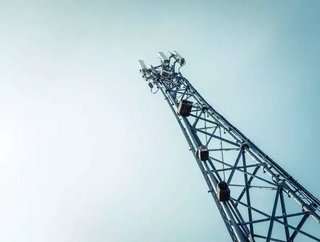 On Wednesday, Yang Chaobin, President of Huawei 5G announced the release of a new whitepaper at the ITU Telecom World 2019 event in Budapest, Hungary. T...

As large scale commercial deployment of 5G ramps up, with 35 operators in 20 countries worldwide releasing some sort of 5G offering, and public services like hospitals are adopting 5G technology across China (for everything from remote diagnostics to surgery), the writing is on the wall: 5G is a revolution, and the revolution is here.

However, while European telecom companies Ericsson and Nokia, and Korean tech giant Samsung are all making strides towards the front of the pack in the 5G race, so far it’s Huawei that’s firmly out in front, with the largest range of the most advanced 5G products and several key patents (admittedly this is according to Huawei Founder and CEO Ren Zhengfei, who we’ll come back to in a moment).

With all the bad blood between the US (and by extension its allies) and Huawei, ranging from the arrest of the company’s CFO Meng Wanzhou in December of last year to its ongoing blacklisted status in the US - although US tech giant Microsoft is currently fighting in Huawei’s corner for the US Government to provide actual evidence of espionage.

Speaking of espionage, the crux of Huawei’s woes may in fact lie in its mastery of 5G technology. If the company were to hold onto its patents and continue trading with the US and Europe freely, there would be Huawei hardware and software in the vast majority of 5G phones hitting the market over the next few years.

Whether the fears expressed over that fact are justified or paranoid is a matter for debate. What is hard to dispute, however, is that being locked out of half the world’s most lucrative markets isn’t good for Huawei, and being unable to use the leading generations of a revolutionary new communications technology isn’t good for the US and Europe (maybe India too).

Huawei may have a solution. In a two hour interview with the Economist on Tuesday, Mr Zhengfei outlined plans (since confirmed by Huawei’s corporate team) for the company to “reenter” polite society with a grand gesture: a gift (of sorts).

This peace offering will, Zhengfei said, take the form of the chance for western buyers to purchase Huawei’s existing 5G patents, licences, code, technical blueprints and production know how “for a one-time fee”, according to the South China Morning Post.

For such an embattled company, facing adversity on so many fronts, the decision for Huawei to sell off one of the biggest jewels in its technological crown may seem odd. The terms of the proposed deal, and its consequences, are - like most things Huawei does - carefully calculated.

According to the Post, companies that acquire HUawei’s 5G bundle would be free to modify the source code, ensuring that any US company using the company’s technology would be sure that neither “Huawei nor the Chinese government would even have hypothetical control of any telecoms infrastructure built using equipment produced by the new company. Huawei would likewise be free to develop its technology in whatever direction it pleases.”

Huawei has played the heel over the past half decade, to governments, tech companies and the public perception. Now, Zhengfei’s goal, he made clear in the interview, is for Huawei to create the sort of opponent that can fight fair: a rival 5G company.

The Post reported that, “this would help level the playing field at a time when many in the West have grown alarmed at the prospect of a Chinese company supplying the gear for most of the world’s new mobile-phone networks.”

“A balanced distribution of interests is conducive to Huawei’s survival,” Zhengfei said.

The advent of 5G has the potential to reshape our relationship with technology in the same way that the mass adoption of smartphones and personal computers have changed our lives over the last ten years. Whether or not Huawei’s plans to create the next Apple-Microsoft rivalry will bear fruit remains to be seen, but Zhengfei’s announcement may go down in history as the tipping point both Huawei and the 5G revolution.