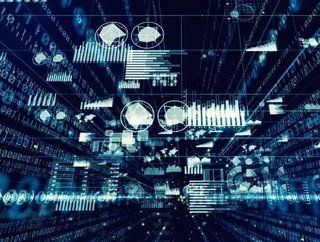 Huawei’s Connect 2019 event has recently been underway in Shanghai, taking place from the 18th to the 20th of September. Included among a number of re...

Huawei’s Connect 2019 event has recently been underway in Shanghai, taking place from the 18th to the 20th of September. Included among a number of reveals, including the new Mate 30 phone series, was the company’s Developer Program 2.0.

Swathed in a certain amount of jargon, it is easy to miss the significance of the announcement, which represents Huawei’s attempt to divest itself of its reliance on Western companies and build an open source system which could, in the fullness of time, compete with the likes of Android and Linux.

Backed by $1.5bn of investment over five years, the stated foci of the program include an open ecosystem, the development of new industry standards and shared availability to developers, with Huawei hoping to bring in a further 5mn developers.

It succeeds Huawei’s Developer Program 1.0, which launched in 2015. Outcomes of the program were given by the company as including the Ascend AI processors and Kunpeng Computing server technology. Perhaps more important than specific technological breakthroughs is the army of developers Huawei has recruited, with 1.3mn registered individuals and 14,000 companies.

The program seems to be a clear reaction to the threat of American companies being banned from dealing with Huawei due to its suspected links with the Chinese government. Although a temporary reprieve was renewed in August, attempts by US companies to deal with Huawei have been rebuffed by the US government. The consequences of such decisions are already manifesting, with the Mate 30 line of phones launching without Google apps such as Maps, Google Pay and the Play Store.

Many US companies have expressed their opposition to the ban, with Microsoft’s President Brad Smith telling the BBC that “we [Microsoft] believe it would be a mistake [...] to try to draw some new digital iron curtain down the Pacific Ocean - I think that would hold back the United States, would hold back the democracies of the world.”