Innovate to survive: The value of new technology in construction 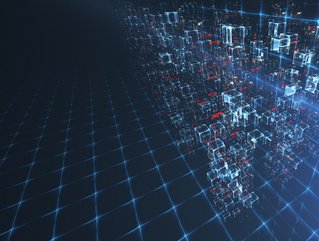 After nearly 40 years working with the construction and engineering insurance markets, I am old enough to remember the rapid declin...

After nearly 40 years working with the construction and engineering insurance markets, I am old enough to remember the rapid decline of the UK motorcycle industry following the introduction of Japanese motorcycles in the early seventies.

After many decades of supremacy in the sector, great names such as BSA, Norton, Velocette, Triumph and Royal Enfield all but disappeared as the shiny, electric start machines from the East arrived with engines that didn’t leak oil and brakes that worked.

The industry here in the UK failed to respond to Japan’s use of modern tooling, computerised design and new materials such as plastic and fibreglass for key component parts and chose rather to bury their heads in the sand in the hope that these new market entrants would go away – they didn’t.

Right now, I perceive the construction industry to potentially be in a similar space.

For hundreds of years the West has designed and built magnificent feats of engineering. From Isambard Kingdom Brunel’s bridges and tunnels to Richard Rogers’ inside out buildings, the construction industry has responded through embracing innovative solutions to the challenges it faced while still utilising traditional working methods and materials. The post-war years brought us cheap, skilled labour, a plentiful supply of steel, concrete and bricks and a desire from governments around the world to rebuild essential infrastructure, including energy, transportation and telecommunications as well as housing, hospitals and education facilities.

Roll forward to the late 20th and early 21st century and we are seeing huge changes in the way the industry is working. New materials and tools include intelligent material, modular construction, additive manufacturing, robotics, unmanned plant and machinery and IoT solutions to name but a few. But what does this really mean for an industry that is engrained into society’s DNA?

In the 1950s, 60s and 70s, engineering and construction apprenticeships were a huge part of the “baby boomers” future aspirations and were enough to equip workers with the skill sets used until relatively recently. However, this generation is now leaving the industry, paving the way for the new millennials to bring in their own ideas and ways of working. Enticing school leavers into the industry is chiefly about encouraging them to bring and use their IT skills, harness innovative and entrepreneurial ways of thinking and leave behind some of the more traditional solutions sought historically.

No longer is the focus on craft apprenticeships turning out bricklayers, welders and steel erectors. Rather, there is a much sharper focus on the need to provide new solutions to age old problems.

New efficiencies are being sought in an industry where waste has always been a cultural issue that needed to be addressed.

Sustainability is now an understood and much needed part of the philosophy that underlies new building techniques and projects, to such an extent that laying the foundation for future generations to live in a far more harmonious way with nature is clearly a core part of future thinking.

We are already very familiar with computer aided design and the use of BIM to ensure that designs are accurate, cost effective and workable but, when you throw cyber into the equation, it starts to raise new concerns as to what we are actually building and how secure the integral control systems may be, for example.

Huge strides are being taken in 3D printing and additive manufacturing solutions and once again, a lot of the innovation and development is coming from Asia and the East.

A company in China has already managed to “print” 10 houses in under 24 hours and then followed this up with the world's tallest 3D printed building – a five-story apartment block. They then went on to print a 1,100 sqm mansion complete with internal and external decoration. These initial examples give us a glimpse of what the future will hold when it comes to leveraging technological advances in the pursuit of greater efficiency and ingenuity in construction.

That is an example taken from one particular company; but how are new challenges and techniques being adopted by the industry as a whole?

There are clearly some “movers and shakers” at both ends of the revolutionary scale of contractors, designers and developers. Some of the larger companies have shown very clear signs of endorsing and adopting some of the new technologies being discussed.

Skanska, for example, has nailed its colours to the mast and already makes use of 3D printing techniques in some of its largest and most high-profile projects.

The company is also a leader in the use of virtual, augmented and mixed reality. A fully virtual reality experience involves the creation of virtual mock-ups of projects that engage customers and end-users, with feedback incorporated in the construction process. Augmented reality differs from virtual reality in that it provides users with a view of the real world, which is then overlaid with relevant project information in their line of sight. Mixed reality technologies can create an environment where both virtual and physical worlds coexist. It can be useful when a customer wishes to extend an existing facility while understanding the potential impact of this work.

There are equally many newer and smaller, specialist companies which have adopted and are driving new technologies in the construction space.

Smartvid.io, for instance, aggregates visual data from the job site and intelligently analyses it for a variety of purposes including safety, quality, progress tracking, and marketing.

Another company, ManufactOn, provides a mobile technology that enables complete visibility into the prefabrication process, so that anyone involved in the project can see what is being manufactured, where it is in the process, and when it will be delivered. A new integration with BIM 360 Docs will make it possible to view that information in one workflow from the beginning through to the end of the design and build process.

Those are some insights into the early adopters. But what of all those other companies who are still watching and waiting?

They could do a lot worse than reading Balfour Beatty’s industry report: ‘Innovation 2050 - A Digital Future for the Infrastructure Industry.’ The opening paragraph from its executive summary reads as follows:

“The construction site of 2050 will be human-free. Robots will work in teams to build complex structures using dynamic new materials. Elements of the build will self-assemble. Drones flying overhead will scan the site constantly, inspecting the work and using the data collected to predict and solve problems before they arise, sending instructions to robotic cranes and diggers and automated builders with no need for human involvement. The role of the human overseer will be to remotely manage multiple projects simultaneously, accessing 3D and 4D visuals and data from the on-site machines, ensuring the build is proceeding to specification. The very few people accessing the site itself will wear robotically enhanced exoskeletons and will use neural-control technology to move and control machinery and other robots on site.”

While being cautious in investing in new technology and new ideas can sometimes be seen to be the “safe” approach, those companies that fail to invest today are quite likely to be the same companies that are not here in 10 years’ time.

The way we design and build is changing for good. New skillsets are required, new materials are being developed and new machinery is being manufactured to vastly improve efficiency in terms of both cost and time.

The risks associated with these new ideas is going to rapidly change the normal profiles that we are accustomed to.

We need to start thinking now about how all of this can operate together in a seamless environment to ensure that from the first time a computer key is pressed in a new design, to the final project being delivered on time and to cost, that every eventuality has been considered in a truly collaborative way.

From raising finance, detailed design and BIM modelling through to material selection, manufacturing facilities and the choice of technology that will actually do the build, it is imperative that each are considered in their entirety and not as separate contracts.

The challenges will be enormous but, the prize is even bigger and, those companies that are prepared to compete today will be the ones on the podium when the final results come in.