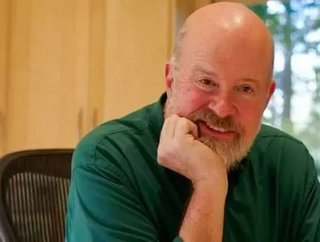 Terry Jones offers his entrepreneurial advice, explains how to capture audience attention, and reveals the industries he predicts will dominate 2021...

Best known as the founder of Travelocity and Kayak, Terry Jones is an entrepreneur leading the conversation around digital disruption. As the founder of numerous start-ups, he has perfected his craft through trial and error and is now an expert on innovation in large companies. Terry is also the author of ON Innovation and Disruption OFF, two books that explore how to succeed in this fast-changing, high-tech world.

In this exclusive interview with Champions Speakers for Technology Magazine, Terry offers his entrepreneurial advice, explains how to capture audience attention in the digital era, and reveals the industries he predicts will dominate 2021.

What advice would you give to companies wanting to build a culture of innovation, and create a more innovative team?

“I have a whole book on it called On Innovation. I built Travelocity.com and, a lot of people don't know, I built it inside American Airlines, a multibillion-dollar company.

“Innovation in a large corporation is about experimentation, and management accepting failure. You have to fail fast and you have to experiment. You have to watch other organisations to see what happened, why there were errors made and how can you improve using that.

“You also have to build the right team. Innovation is about culture and team. Culture is about risk-taking, experimentation, accepting failure. Team is about hiring people who are glass half full people, people who aren't like you, who will argue with you. People who accept risk and want change. You can find those people today in your company somewhere, even if you aren't hiring. So those are the key messages for innovation.”

What piece of advice would you give to young entrepreneurs about to enter the professional landscape?

“Well, I have a speech called ‘Journey of an Entrepreneur’ which looks at start-ups through the lens of why they fail.

“The number one reason is no market need. Nobody really wants your product. So being able to pivot and change is critically important. You have to fight for a long time, but when the market says no, you have to realise that. You are always selling as an entrepreneur, whether you're raising money, selling your idea, selling to a team – selling is really critical.

“So, make sure somebody really wants your product and hire the best team you can find. Rock stars hang out with rock stars, they want to be on a winning team. So, don't hire your best friend, hire the best person.”

What is the secret to capturing and maintaining audience attention in the digital era?

“Today, of course, you have to have an amazing product. You have to build fanatical fans. People say, ‘why should I have Facebook friends?’ - because they’re your friends! And do you know what they want? They want access to good deals, and they want to know about new products because they'll tell their friends. You have to be everywhere on all points of advertising, whether it's outdoor, physical, social, or Google - you have to tell your story.

“It's about storytelling because today’s brands are about experience. If you create a unique experience people want to talk about it creates a buzz which is how you get attention. For example, ‘I want to tell you about the experience I had with my Tesla’.

“Or like Airbnb, who changed their search during COVID-19 to emphasise rural properties because they realised nobody wanted to be in a city. This helped their IPO and now they're worth umpty squash billion dollars – I think it’s around one hundred billion.

“So be responsive, understand how the consumer has changed, and just build an amazing experience, then it's easy to advertise.

“My dad worked in the advertising business and I remember asking, ‘Dad, why are your biggest client’s beer and cigarettes?’, and he said, ‘because they're undifferentiated, they have to spend tons of money because you can't tell the products apart’. So, if you make a product that's so great, you’ll need less advertising to get attention.”

Which industries do you predict will dominate 2021?

“Well, I think travel will be huge in the back half of 2021. There's a huge pent-up demand for travel. When the UK started traveling in the summer, the Eurostar website crashed, so that just shows how much pent-up demand there was for travel!

“I also think e-cars will be big. Fintech is going to be huge. Telemedicine is growing extremely fast. E-commerce will continue to dominate and, not only in B2C, but in B2B. I haven't gotten a phone call in weeks; I only get Zoom calls. So, video will be the new normal. Hybrid conferences will be big.

“As we look at what's happened during COVID-19, as the vaccine rolls out and as we get back to normal, there's going to be a new normal.

“There’s some things that will take longer to come back. I think business travel will be down because of the virtual nature of selling today. But I think as we look at the digitally transformed world, any business that's being transformed is going to be a leader.

“Also, the companies that adopt A.I. will do better because A.I. systems are continuous learning. So, if you have a database and you've learned more than your competitor, you're going to beat them over the head with a hammer.”

Terry Jones and other Entrepreneurship Speakers are available to book via The Motivational Speakers Agency.