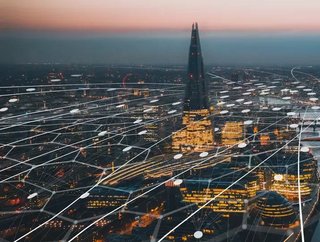 As our Technology, AI & Cyber Live event continues we take a look at Iron Mountain, the data protection company joining us for our first of many events

Founded back in 1951, Iron Mountain originally offered bomb-resistant storage during the midst of the Cold War Era. Herman Knaust bought the company’s original site in 1936 where he started a mushroom farm.

It was in 1945 when Knaust sponsored the relocation of many Jewish immigrants into the United States, many of whom had lost identities via missing personal records during WWII, that spurred Knaust’s idea to start protecting vital information from wars and other disasters.

Now, the company’s records management, information destruction and data backup and recovery services are supplied to more than 220,000 customers in 58 countries across the globe.

As of 2020, over 95% of Fortune 1000 companies use Iron Mountain’s services to store and manage information.

Since 1980, Iron Mountain grew from strength to strength. Embarking on many acquisitions the company’s revenue increased from $3 million in 1981 to $2.7 billion by the end of 2002.

Lending itself to the success of the company is the number of awards it has received. Security Magazine named Iron Mountain in "Security 500" of 2008, an annual ranking of the United States' 500 most secure companies.

Iron Mountain has also been on Fortune magazine’s list of the “World’s Most Admired Companies” every year between the years of 2006 and 2011.

The company was also recognised as the ‘Product of the Year’ by the Massachusetts Network Communications Council in the "Cloud Computing, Virtualisation and Data Warehousing/Storage” category.

One of the company’s storage facilities was once a missile storage battery during the Cold War.

This facility features climate-controlled storage areas protected by armed guards. Prior to Iron Mountain purchasing the facility in 1998, it was used to store records.

It is here that Bill Gates stores his Corbis photographic collection, as well as where Universal Music Group stores its United States masters.

To learn more about Iron Mountain, check out our Technology, AI & Cyber Live event, the company has brought along some of its experts to shed light on its work and answers any questions about its services.