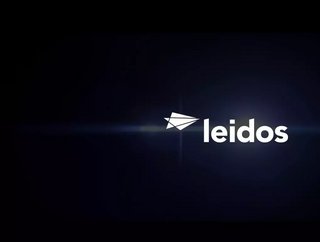 Space is tough, which is why the US Space Force turns to the experts at Leidos to help solve its biggest technological challenges

Leidos has been solving the toughest scientific and engineering problems for more than 50 years. It doesn’t get much tougher than space, and that is where Leidos leads the way.

No wonder the U.S. Space Force works closely with such a respected partner and their team of experts, including Thomas “Tav” Taverney who has been with Leidos for more than 20 years, primarily focussing on space payloads.

“I've been fortunate enough to be in space for my entire career,” says Tav.

“The people I work with at Leidos are some of the smartest, most innovative, most dedicated people I've ever known. We've done some really cool things. All of our people identify with our customer like they own the mission. They're part of the customer and we're working to solve their hardest problems.”

Leidos has supported human space operations, packed the cargo for the International Space Station, and even helped develop food for astronauts.

Tav is also proud of what the company has achieved in leading-edge technology – from missile warning systems to military/commercial satellite rideshares.

“I'm most proud of what we've done in leading-edge technology space EO/IR payloads,” he says. “We built an OP/IR system that performs missile warnings.

“We’ve been at the leading edge of building space systems and there's nothing more exciting than building these systems. The customer wants to get these first of a kind systems up quickly, and we can build them fast. We've got the systems from development to space in anywhere from 18 months to three years.”

The space landscape has changed significantly during Tav’s career – escalating from three countries with space capabilities to 80 today – but perhaps the most significant change is the role of commercial programmes.

“Space is hard, but it's the future of what we're looking at as a species,” says Tav. “We need to get resources in space, we need to develop resources from space and bring those resources back to earth.”

“Space is that frontier that drives you to want to go and make life better, to make everybody's life easier. Space provides huge opportunities if you want to look out there and see how we can make the world, the universe, the solar system a better place.”

When it comes to working with Space Force, Tav says Leidos are very fortunate to have a customer that is excellent at partnering with industry to get systems built.

The U.S. Space Force brings deep knowledge of the mission and the program and the problems that need solving. Leidos has the ability to use science to innovatively solve those problems utilising their technology and expertise