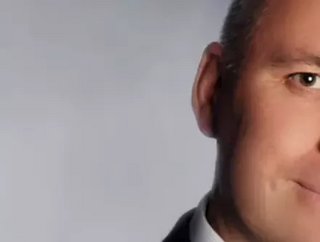 Today is the 30th anniversary of Linux. To mark the date, Technology Magazine speaks to Gerald Pfeifer, Products and Technology Leader, VP Products, CTO and Open-Source connoisseur at SUSE.

How exactly has Linux stood out in terms of how the technology has grown and what has been its influence on industry and other recent advancements?

In a nutshell, Linux has spearheaded new ways to develop software in a distributed manner and at scale. Right now, there are in the region of five releases a year which involves some 15,000 changes by more than 2,000 contributors and at the same time the kernel lists some 15,000 maintainers.

Github, founded by Git - the distributed version control system most major open-source projects use - was created in the context of Linux. And now Microsoft uses Git to develop Windows, so we can confidently say that the tools and processes Linux has evolved have been adopted by many other projects across most industries. In terms of architecture, no other system has previously run on a bigger variety of hardware in terms of processors, memory and extreme use cases.

At the moment there is a lot of talk about containers and Kubernetes which are also powered by Linux and have specific features which support containers. But this is just one new area Linux has enabled. Others are both Google and Amazon’s current innovation at the edge and in public clouds. On top of this, classic ERP vendors such as SAP run their flagship products exclusively on Linux.

Do you think there was a point in time during the last 30 years that technology could have in fact swung in the direction of more universal open-source computers? If so, how would that have changed things?

This has been happening, not just in terms of classic desktops, but, for example, in order to type what you’re reading now, create presentations, watch videos - there’s an extensive list. Take your phone: Android is open source and key parts of iOS are too. Most of the websites we visit every day run on open-source infrastructure – tech giant Amazon’s public cloud offering originated from their initial retail business.

Going back to computer container infrastructure, an analogy is, if Kubernetes is the palace, Linux forms the palace foundations. Drive a Tesla? There’s Linux inside its system. At the cashpoint? Chances are the cashpoint features Linux as well – the list is incredibly extensive.

Even your salary may be issued by a system running Linux, many online retailers are also running it, when you’re at the supermarket there is a good chance your payment will go through a Linux system. When making a cell call your voice probably goes through Linux and even any frustrating train delay announcements often are processed through the software.

The next decade – ‘to boldly go’

Given recent months’ events in the ‘Billionaire Space Race’, the space race is an on-trend topic where Linux is making inroads. It has already made its way to Mars already in the form of Ingenuity, the tiny helicopter which was the first to take flight on another planet. It has also travelled into the Earth’s orbit and featured in other countries’ moon missions – NASA’s next lunar land rover runs on open-source software. Coming back down to Earth, in the next ten years I see Linux becoming easier to use for just about anyone and the areas of security, resilience and scalability will continue to evolve. In relation to this, look at edge use cases such as autonomous vehicles and cloud gaming

and the number of these cases are growing all the time.

In your own personal capacity, how have you contributed to the growth of Linux?

For the last 25 years or so I have been contributing to GCC (GNU Complier Collection) which is used to build Linux, as well as many parts of its distribution and to Wine, which runs Windows applications. I have also been involved in many other open-source components and applications over the years.

More recently I have been spending some time working on LibreOffice, where I helped improve the interoperability with Microsoft Office through testing, distilling any bug reports and helping sponsor fixes and features.

I believe some of the systems that are being developed and deployed as we speak will still be around by then and I also think there will be a strong period of both innovation and incremental development ahead. If Linux as the kernel is going to be a leader in 30 years, I honestly don’t know. But I most definitely think it will still be relevant. Additionally, open-source approaches first and foremost, as well as choosing open ways in the world of business that we have created and evolved, will still be the pillars of technological advancement. That is one thing I am sure of.

SUSE is a global provider of innovative, enterprise-grade open-source solutions, which are relied upon by more than 60% of the Fortune 500 to power their mission-critical workloads.  It specialises in Enterprise Linux, Kubernetes Management and Edge solutions.

The company is headquartered in Luxembourg and is listed in the regulated market (Prime Standard) of the Frankfurt Stock Exchange.