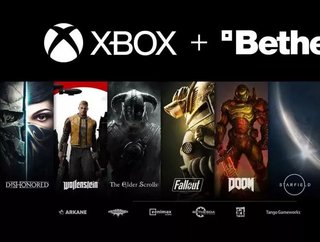 Technology behemoth Microsoft has announced the purchase of ZeniMax Media and its many popular properties...

Technology behemoth Microsoft has announced the purchase of ZeniMax Media and its many popular properties.

The deal, which is reportedly worth $7.5bn, comes as the company is warming up for the release of its new Xbox Series X console on 10 November.

As the parent company of Bethesda Studios, one of the largest game developers and publishers in the world, franchises such as Fallout and The Elder Scrolls now come under Microsoft’s umbrella, as well as those belonging to other ZeniMax developers such as Arkane and Id.

The purchase shows Microsoft’s financial muscle, as well as potentially a renewed focus on its video games division. With the upcoming release of its new Xbox Series X console, the company has emphasised subscription offerings such as its Xbox Game Pass, leading some to ponder about the imminent arrival of a highly lucrative “Netflix of Gaming”.

Sony and Nintendo are Microsoft’s principal competitors as video game console manufacturers, but it's worth noting the enormous disparity in size. While Sony’s market capitalisation is around $100bn, Microsoft’s is well over $1trn.

That’s one reason why Microsoft’s Head of Gaming, Phil Spencer, has called Google and Amazon its real rivals in the gaming space, as they increasingly leverage their own size and cloud capabilities to try and enter the gaming space.

In a statement announcing the news, Spencer said: “Over the last few weeks, we’ve been excited to share more detail on important elements of a plan we’ve been building towards for years. A plan that is the fulfilment of a promise, to you the Xbox player, to deliver the most performant, immersive and compatible next-generation gaming experiences, and the freedom to play blockbuster games with your friends, anytime, anywhere. Today is a landmark step in our journey together and I’m incredibly energized by what this step means for Xbox.”