Microsoft signals support for Epic in legal spat with Apple 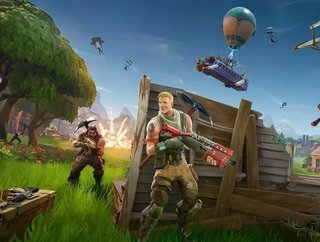 Microsoft has filed a declaration in support of the removal of Epic Games’ Unreal Engine from the Apple App store...

Microsoft has filed a declaration in support of the removal of Epic Games’ Unreal Engine from the Apple App store.

First, some context. Apple is currently embroiled in a fight with Epic Games, developer of the hugely popular Fortnite video game, over the 30% cut it takes from digital items sold via its App store. Epic Games decided to circumvent that to sell its virtual products for less via its own digital storefront, leading to Apple removing the game from its platform. In an escalation, It then further threatened to ban Epic Games’ Unreal Engine, on which countless other apps and services run.

“Denying Epic access to Apple’s SDK and other development tools will prevent Epic from supporting Unreal Engine on iOS and macOS, and will place Unreal Engine and those game creators that have built, are building, and may build games on it at a substantial disadvantage.”

While the declaration in and of itself is not necessarily unusual, with companies constantly engaging in legal battles, Microsoft went to some lengths to publicise its involvement, including in a tweet from Phil Spencer, head of Xbox.

“If Unreal Engine cannot support games for iOS or macOS, Microsoft would be required to choose between abandoning its customers and potential customers on the iOS and macOS platforms or choosing a different game engine when preparing to develop new games,” continued Gammill, laying out the rationale for Microsoft’s support for Epic as being due to its desire for more open platforms.

Epic is also engaged in a similar fight with Google, having taken the same initiative with Google’s Play store, albeit with less escalation. In a piece of meta-commentary, Epic has turned the legal battle of wills into an event within Fortnite, the game at the centre of the controversy.