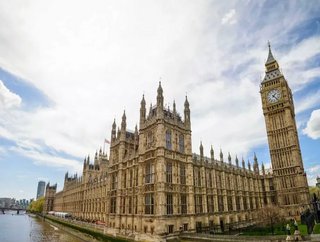 The UK's new Digital Markets Unit is empowered to investigate the practices of some of the world's largest companies including Facebook, Google and Amaz...

The United Kingdom has launched a new Digital Markets Unit (DMU) watchdog, with the regulator set to investigate anti-competition practices among some of the world’s biggest tech companies.

Attempts by Western powers to reign in the power of United States-based tech giants have picked up pace in recent times.

The UK’s digital services tax, which consists of a 2% levy on the UK revenues of social media services such as Facebook, search engines such as Google and online marketplaces such as Amazon, led to threats from the US for tariffs on UK exports

In line with that endeavour, the UK’s new DMU watchdog, based in the existing Competition and Markets Authority (CMA), will be in charge of overseeing moves to give consumers more control over their data, and be empowered to prevent unfair efforts to crowd out smaller businesses.

The launch marks the fruition of a plan first announced in November 2020. Business Secretary Kwasi Kwarteng said: “The UK has built an enviable reputation as a global tech hub and we want that to continue – but I’m clear that the system needs to be fair for our smaller businesses, new entrepreneurs and the wider British public.

“Our new, unashamedly pro-competition regime will help to curb the dominance of tech giants, unleash a wave of innovation throughout the market and ensure smaller firms aren’t pushed out.”

It will also work with the UK’s communications regulator Ofcom regarding the relationship between platforms and content providers. That topic recently became a flashpoint in Australia, where Facebook initially banned news pages following the implementation of a law that would require it to pay for new content, before reversing its decision.

Digital Secretary Oliver Dowden said: “This will pave the way for the development of new digital services and lower prices, give consumers more choice and control over their data, and support our news industry, which is vital to freedom of expression and our democratic values.

“Today is a major milestone in the path to creating the world’s most competitive online markets, with consumers, entrepreneurs and content publishers at their heart.”