Nokia 3310 sold out in the UK on release day 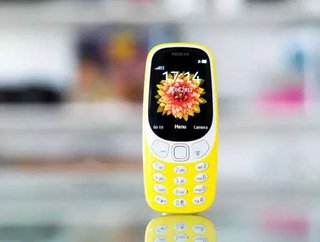 Nokia's revamped 3310 went on sale in the UK on Thursday, but it's bad news for those wanting to get their hands on features such as Snake 2 and the 22...

Nokia's revamped 3310 went on sale in the UK on Thursday, but it's bad news for those wanting to get their hands on features such as Snake 2 and the 22 hours worth of call time - it's sold out everywhere.

The device retails for £50, Carphone Warehouse's website is displaying a 'Sold out' pop-up when trying to navigate to order. The 3310 has apparently seen "10 times more pre-registration interest than any other flagship devices out of MWC in the retailer's history," according to the British store.

Vodaphone does, however, have some stock left - yet the choices are limited in terms of colours: it's blue or bust.

Whilst the mobile has no wifi, it does have limited 2.5G connectivity and a camera, as well as the familiar Nokia ringtone which is bound to spark even more nostalgia.

There are concerns about whether the device is worth the fanfare that it came with when it was announced at this year's Mobile World Congress - reviews have been critical and scathing, with Ars Technica find typing on its tiny keyboard "really irritating" and dismissed it as "overpriced", with Engadget saying it is "too basic" for 2017.

So far, it appears the reviews have not dissuaded customers from reliving their teenage years with a relatively good-looking phone, but whether the 3310 can retain its popularity once the novelty has worn off remains to be seen.