Ocado to enter US market with 'transformative' Kroger deal 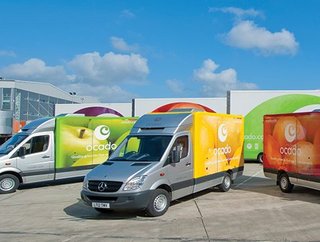 US retailer Kroger has signed a landmark deal with Ocado to use its technology for grocery deliveries, marking the British online grocer...

US retailer Kroger has signed a landmark deal with Ocado to use its technology for grocery deliveries, marking the British online grocer’s first entry into the United States.

Kroger, who has the second biggest grocer in the US after Walmart, also agreed to buy a 5% stake in the UK online supermarket.

Now, the two companies are working to identify the first three sites for the development of new, automated warehouse facilities and will identify up to 20 sides over the first three years of the agreement.

Kroger, who posted revenues of $122bn last year, will utilise Ocado’s technology to automate and process the packing of grocery orders, using smart warehouses and robots in advanced fulfilment centres.

Ocado’s chief executive, Tim Steiner, described the deal as “transformative” and said it would “reshape the food retailing industry in the US in the years to come."

Ocado’ s biggest deal to date, is the latest in a series of tie-ups by the online retailer.

As part of the agreement, Kroger will be the British firm’s exclusive partner in the US and will pay undisclosed monthly exclusivity and consultancy fee to the company.

Ocado said that it predicts the deal will have a neutral impact on its earnings this year.