The office PC is dead, long live the smartphone 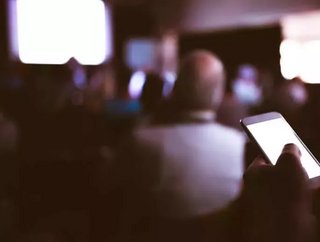 Ever since the inception of the smartphone, it has slowly, yet systematically, chipped away at the need for a desktop computer. Rather than being peruse...

Ever since the inception of the smartphone, it has slowly, yet systematically, chipped away at the need for a desktop computer. Rather than being perused intermittently, emails were suddenly pushed to your pocket. Consumption of news, social media and video streaming soon followed.

However, there remained a beacon of hope for the humble PC: the workplace. No one would ever wish to type a lengthy report, pore over a spreadsheet or code while pawing at a tiny handheld device, would they? Fast-forward to present day, and the coalescence of burgeoning tech advances, cloud computing – even seemingly insignificant tweaks like responsive design – would suggest that, yes, perhaps they would.

Your phone as a PC

In the short term, expect to see a transitionary phase whereby the convenience of your smartphone is maximised by the familiar, big-screen experience of a desktop. Indeed, you will be using your phone as a PC. “Our data is already on the device, but it’s also synced to the cloud,” wrote UX expert, Avi Barel, on Medium last year. “So, it’s only natural to use our smartphones as desktop computers whenever we need to be productive and get the job done.”

Just like the IoT (Internet of Things) platform war that came before (or, for readers of an older vintage, VHS vs. Betamax), a handful of tech firms are seeking to establish their product as the de facto market leader. So far, Samsung has edged ahead with DeX – a Dock or Pad that transforms the newest Samsung devices into desktop PCs. Both boast Bluetooth mouse and keyboard connectivity, access to various Android apps, plus all the usual ports, with the device itself a functioning phone charger. Even more impressively, the DeX Pad, launched at Mobile World Congress in February, sees Samsung’s new S9 double up as a touchpad.

There are various alternatives. Huawei Mate 10, for example, enables ‘PC Mode’ merely with a cable from phone to monitor. ASUS PadFone and Razer Project Linda use a slotted smartphone to power, respectively, a tablet and laptop (something that, if rumours and a 2015 patent are to be believed, Apple’s development nerds may well be flirting with).

And then there’s Microsoft’s Continuum for Windows 10, which pre-dates DeX and, like Samsung’s offering, allows your phone to run Office on one screen, while still accepting calls and texts on your smartphone. Problem is, to utilise Continuum, your phone will have to be made by Windows, which itself cuts to the core of the phone-PC issue.

There is not, and almost certainly never will be, a shared ecosystem for these pioneering products to coexist. It’s something that will either see one tech giant crowned king or, as with the long-awaited (yet thus far unfounded) smart home boom, all labour along with limited cut-through. Users, as often is the case nowadays, will see themselves handcuffed into brand loyalty, for little more justification than a yearning for an OS that works across all their high-priced gadgetry.

Although a 2017 study revealed 60% of organisations in the US, UK and Canada still used desktops as their primary device, a push to streamline operations could well see businesses bid farewell to row upon row of chunky keyboards and base units, pairing smartphones with cigarette-pack-sized projectors instead. Fire up your virtual keyboard and, voila, any flat surface is now your desk.

Dave Sobel, Senior Director of MSP Evangelism at SolarWinds MSP, notes that while “laser projected keyboard and portable smartphone projectors haven’t quite made it beyond trade show floors to mainstream use” thus far, “the killer app that hasn’t been built yet is the desk that allows you to put your phone on the table, and the table becomes your interface and display.” With the steady integration of virtual and augmented reality into mainstream culture – not to mention modern, click-free smartphones ridding the consumer’s need for real world keys – this may not be too far from becoming the new normal.

In September 2017, Microsoft had a patent granted for a “holographic keyboard display”, which would utilise a virtual keyboard plane to read a user’s gestures to simulate typing. What’s more, the patent describes a “HMD [head-mounted display] device” which, invariably, means the inevitable redux of smartglasses.

Although Google Glass unquestionably tanked the first time around, smartglasses are primed to make a valiant comeback. From $2.3bn in 2016, investment in both AR and VR is tipped to hit $162bn by 2020. Physical offices, let alone PCs, might be rendered obsolete. The personal computer as we once knew it could, in theory, live inside a pair of virtual spectacles, with a worker navigating it 100% with hand gestures. VR headsets will also allow trans-continental conferences to seamlessly take place, with colleagues that are thousands of physical miles apart sitting side by side in a meeting.

But, of course, today’s innovation is tomorrow’s ancient history. While they could soon elbow the PCs out from of our offices and into obsolescence, some experts are predicting the smartphone itself could be rendered extinct within a decade.

“I’m predicting that, by 2025, voicebots will become so prevalent, so powerful, and so useful in all areas of business and our personal lives that we won’t need smartphones anymore,” John Brandon boldly wrote in Inc last October.

Yes – Alexa, Siri, Google, Cortana and co, they’re intent on making your iPhone utterly useless. Because why bother typing out that tweet, email, or even brewing yourself a cup of coffee when your digital assistant could do it for you, faster and better?

The traditional desktop computer is not quite dead, though you could make a very persuasive argument that it’s currently on life support. The steady integration of PC-optimised smartphones (and vice versa) will be the gentle primer to what will undoubtedly redefine office technology. From there, it might just redraw what a workplace even is.