Oracle joins Microsoft in race to buy TikTok before US ban 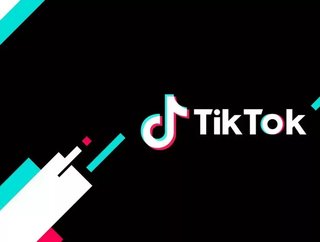 TikTok, a popular video-sharing app owned by Chinese company ByteDance, has found itself at the centre of a political storm...

TikTok, a popular video-sharing app owned by Chinese company ByteDance, has found itself at the centre of a political storm.

With US President Donald Trump issuing an executive order that would see the company banned due to its perceived proximity to the Chinese government, talks have been ongoing for TikTok to divest its US business.

Back in early August, Microsoft publicly revealed it was in discussions to acquire the app from ByteDance, setting a deadline for completion by 15 September. The proposal would see Microsoft also take on TikTok in Canada, Australia and New Zealand, and the repatriation of all data on US users to the United States.

The attraction is due to the app’s 45.4 million users in the United States. TikTok is the sixth largest social media app worldwide, overtaking the likes of Twitter, LinkedIn and Reddit thanks to its 800 million users. Thanks to its success, its owner ByteDance is the world’s most valuable technology startup, at $140bn.

Now, as reported by Bloomberg, Oracle is considering its own proposal. While at first glance the move from the business-oriented database giant may seem unusual, the firm’s chances are potentially bolstered by its co-founder Larry Ellison’s support for Donald Trump. TikTok’s US business is valued at between $20bn and $50bn, making Oracle one of the few companies with the clout to succeed in the purchase, with Twitter also being in potential contention.

The move takes place in a climate of US hostility to Chinese technology companies, who are increasingly seen as a cybersecurity threat owing to their closeness with China’s ruling party. The US is currently stepping up sanctions on technology giant Huawei, restricting the sale of chips involving US technology to the Chinese firm.