Pokémon Company's profits rise by 2,500% last year thanks to Go 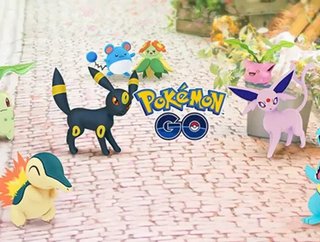 The Pokémon Company has revealed a growth in revenue of over 2,500% for the fiscal year ending February 2017, boasting a rise in profits from $5.6m in...

Thanks in part to the mobile app Pokémon Go - released last summer - and the release of Sun and Moon, the Japanese firm revealed the largest growth in revenue in recent history, beating out 2014's figures of $18.4m in profits.

Whilst Pokémon Go will be credited with being the driving force behind the success, Sun and Moon secured the best launch in Pokémon's history. The duo outsold second-placed Black and White by 8%, selling 14.69m copies in total in the first 44 days.

A plethora of Pokémon mobile games in the past year is bound to further boost profits, with Duel, Switch and Magikarp Jump all being released hot on the heels of Go. They all have a long way to go before getting anywhere near surpassing Go's daily takings of around $1.5m, with the app also hitting $1bn in revenue in just over six months from mid-July 2016 to January 2017.

Securing the title of the most downloaded app in the first week ever on iPhones helped pushed revenue, whilst their five 'special' events have also helped to convince people to part with their hard-earned cash in the form of micro-transactions.

Sponsored PokéStops have also added further abilities for developer Niantic and Pokémon to cash in - the former has already said it charges between 15 and 50 cents per visitor to each spot, earning them up to $250m in revenue since the addition. This - coupled with partnerships with Starbucks, Sprint, and McDonalds - has been designed to entice players and they will be hoping the Pokémon Go-themed frappucino helped do just that.

Popularity for the mobile virtual reality game has tailed off and may never reach its July levels of following again but it has certainly ditched the idea that it would be a short-lived fad.

Such triumphs have made Pokémon the forefront of the gaming world yet again and, with a seemingly endless supply of new potential content, a continued upwards trend for the Japanese gaming giants seems inevitable.