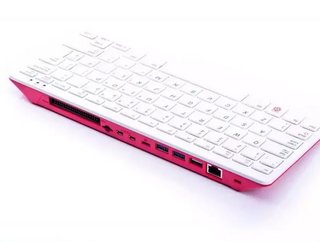 Based on the Raspberry Pi 4, with 4GB of RAM and a 64-bit processor, the company says the device is suitable for day-to-day use, differing from its usual approach. To that end, connections include USB ports, micro-HDMI, ethernet and a micro-SD slot.

Since launching its first device in 2012, the British organisation has become known for its small, cheap single-board computers which are frequently used in a learning context, for instance in the teaching of computer science in schools.

The portability and small size of its devices have seen them used in many different contexts, however. These include robotics and even weather monitoring.

In the business world the devices have also carved out their niche. In an upcoming issue, we speak to an organisation that uses thousands of the computers as IoT devices, running such things as screens and signage, as well as controlling air conditioning, lights and curtains in rooms.

In a blog post, Chief Executive Officer of Raspberry Pi (Trading) Eben Upton, said: “Raspberry Pi has always been a PC company. Inspired by the home computers of the 1980s, our mission is to put affordable, high-performance, programmable computers into the hands of people all over the world.”

The design, and name, of the project harkens back to 1970s and 80s computers such as the Atari 400, before the graphical operating system revolution of Microsoft Windows.

“Raspberry Pi 4, which we launched in June last year, is roughly forty times as powerful as the original Raspberry Pi, and offers an experience that is indistinguishable from a legacy PC for the majority of users,” said Eben. “Particularly since the start of the COVID-19 pandemic, we’ve seen a rapid increase in the use of Raspberry Pi 4 for home working and studying.”