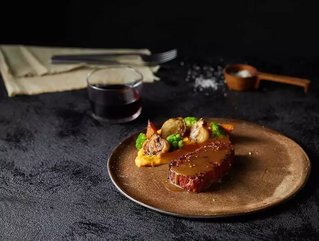 Redefine Meat says that its process is capable of 3D-printing plant-based meat alternatives on an industrial scale...

Rehovot, Israel-based food technology startup Redefine Meat does what it says on the tin in the form of it’s so-called “Alt-meat” products.

While alternative meats are picking up in popularity, to the extent that KFC and Burger King have both featured meat alternatives in their restaurants, Redefine Meat’s approach differs in that it utilises additive manufacturing.

The company says that its process is capable of producing plant-based meat alternatives on an industrial scale, with a production facility scheduled for completion later this year. A recent blind-tasting of its products was said to have demonstrated a “90% acceptance rate among meat eaters”, replicating both the texture and flavour of meat.

"We are thrilled to have concluded this round of funding with such a unique and diverse group of highly experienced, professional investors who share our vision," said Eshchar Ben-Shitrit, CEO and Co-founder of Redefine Meat. "This funding, which was concluded faster and better than we could have imagined a year ago, is a major step towards becoming the world's biggest alternative meat company by 2030."

The company said it would use the funds to expand its product portfolio in anticipation of commercial launch in 2021.

Ben-Shitrit added : "We want to change the belief that delicious meat can only come from animals, and we have all the building blocks in place to make this a reality: high-quality meat products, strategic partnerships with stakeholders across the world, a large-scale pilot line under construction, and the first-ever industrial 3D Alt-Meat printers set to be deployed within meat distributors later this year."