Report: 60m connected cows by 2026 and other trends 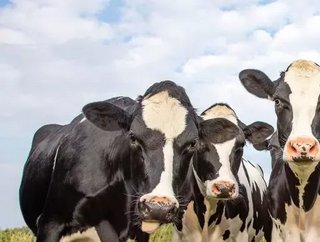 ABI Research reveals the staggering numbers in technology forecasting for the next half decade...

There will be 60 million cows connected to the internet by 2026, according to a new white paper that also predicts the number of 5G smartphones will exceed a billion by that time  and that the augmented and virtual reality industries will be worth $18 billion.

ABI Research’s report – The 36 Transformative Technology Stats You Need to Know for 2021 – has picked through millions of data points to assess what the near future of technology will look like.

Highlights of the report’s predictions include:

By 2025 there will be 1.15 billion 5G smartphone sales, accounting for nearly three-quarters of phone devices. It will be the “most accelerated mobile technology generation ever launched”. ABI research director David McQueen said, “5G smartphone sales will increase more aggressively compared to 4G and, in comparison to growth at launch, 5G will outperform its predecessor on nearly every metric, including the number of mobile devices, subscribers, and networks.”

The industry subset is expected to grow from $732 million in 2020 to $18 billion in 2025, a multiple of 26 times. Research director Eric Abbruzzese said, “While enterprise value drove growth early in the augmented reality market story, both number of users and perceived value in the consumer space growing will build out a significant AR market.”

ICTs will reach a potential market value of US$7.5 billion by 2025. Research director Michela Menting said, "Dampened interest and increased risk-aversion have contracted revenue-generating opportunities, with revenues down 35% YoY between 2018 and 2019, and the trend continuing throughout 2020. As a result, the market is not expected to climb back up to 2018 levels before 2022-2023.”

Through improvements in sensors, algorithms, and processing, Autonomous Mobile Robots (AMRs) are becoming increasingly popular. Senior analyst Rian Whitton said they will be "so popular that by 2025 AMRs will exceed Automated Guided Vehicles (AGVs) in global revenue – $35,266 million versus $30,452 million”.

The number of connections is forecast to grow from 1.4 million in 2019 to 20.9 million in 2025 (at a CAGR of 57 per cent). Principal analyst Michael Larner said, "The rapid growth in connections reveals that solutions based on AR are fast becoming a mainstream technology on the factory floor.”

By 2026, the number of connected cows will reach 60 million globally, meaning cattle ranchers will be able to have greater visibility into cattle activity and health. Research analyst Harriet Sumnall said, "The year 2020 has been a turning point for several verticals, but with the year that saw most of the world in a lockdown due to the pandemic, the agricultural market has seen huge pressure to produce more food. Ag-tech enables farmers and ranchers to be able to remotely monitor their livestock, as well as other types of crops."

Stuart Carlaw, chief research officer at ABI Research, said, "We have selected, from among the many millions of data points ABI Research creates each year, to focus on some enlightening data points that matter in the year ahead. Aspects like Tiny Machine Learning (TinyML), private cellular networks, Open Radio Access Network (RAN), blockchain, smart manufacturing platforms, and even connected cows point to how technology advancements are allowing our physical world to be better connected, managed, and efficient.”

He added, “"We are at the very beginnings of a massive technological evolution and the forecasts presented in this paper are but a series of tea leaves at the bottom of the fortune teller's cup. They are easy to dismiss but are very important directional indicators of the technology-enabled world of the future."