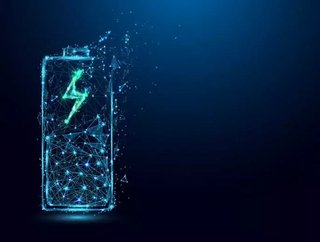 Researchers at Melbourne, Australia’s Monash University have announced the development of what they claim is “the world’s most efficient lithium-s...

Researchers at Melbourne, Australia’s Monash University have announced the development of what they claim is “the world’s most efficient lithium-sulphur battery”.

The battery technology is said to have the capacity to power a smartphone for five days straight or allow an electric vehicle to travel for a 1000km on a single charge.

The batteries have uses beyond consumer technology, however, particularly when it comes to ironing out the inconsistencies of forms of renewable energy, for instance storing solar energy for release during the night.

The international effort was led by Dr Mahdokht Shaibani of the university’s Department of Mechanical and Aerospace Engineering, with team members from the University of Liege in Belgium and Dresden, Germany’s Fraunhofer Institute for Material and Beam Technology.

The lithium-sulphur batteries operate in the same way as regular lithium-ion examples – lithium ions flow between electrodes producing power while not being chemically changed. Charging a battery involves those ions being returned to their starting positions for the process to begin anew. The research involved redesigning the sulphur cathode electrodes to handle higher loads while maintaining performance.

“Successful fabrication and implementation of Li-S batteries in cars and grids will capture a more significant part of the estimated $213 billion value chain of Australian lithium, and will revolutionise the Australian vehicle market and provide all Australians with a cleaner and more reliable energy market,” said researcher Professor Mainak Majumder.

“Our research team has received more than $2.5 million in funding from government and international industry partners to trial this battery technology in cars and grids from this year, which we’re most excited about.”

Commercialisation of the technology is expected, with interest in the patented manufacturing process coming from lithium battery manufacturers and prototype cells having been already constructed.

Associate Professor Matthew Hill said: “This approach not only favours high performance metrics and long cycle life, but is also simple and extremely low-cost to manufacture, using water-based processes, and can lead to significant reductions in environmentally hazardous waste.”

The news comes after last year’s awarding of the Nobel Prize for chemistry to three figures crucial to the development of lithium-ion battery technology.