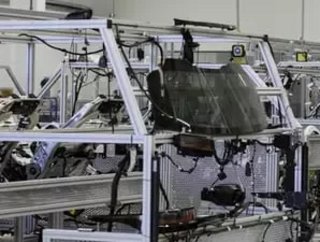 Engineering company aims to expand by boosting digitalisation and automation to improve performance of factories, trains and even buildings

In its first strategic blueprint under new Chief Executive, Roland Busch, the firm has unveiled it will combine its core engineering business with digital expertise. Busch took over as CEO from Joe Kaeser in February and says he wants to deliver growth by using its software and hardware. He cited digitalisation, automation and sustainability as growth engines which will reinforce each other for the business going forward.

Under the plan, Siemens raised its target for increasing its comparable annual revenue at a rate of five to seven per cent, above global market growth and its own previous target which ran at four to five per cent. Digital technology is expected to lead with a faster growth rate of 10% per annum from the 5.3 billion euros of revenues the company made in 2020. It also hiked its profit margin targets for its mobility and smart infrastructure businesses, which will apply from October, the start of Siemen’s 2022 business year.

Entering new markets with focus on automation, AI and cybersecurity

The strategy will see the company develop digital applications for specific industries and launch products more quickly in automation, Artificial Intelligence and cyber security. It also wants to enter additional markets through both organic growth and acquisitions.

Examples of this approach have been its $700 million acquisition of US electronics components company Supplyframe in May and last year’s $16.4 billion purchase of Varian Medical Systems.

Accompanying the targets will also be a three billion euro share buyback starting in October until 2026. Siemens has also committed to a progressive dividend policy, which means a rising or stable annual payout to its shareholders. In an update on trading, the company said favourable business development had continued and it expects full year net income in the range of between 5.7 to 6.2 billion euros.

This forecast included the impact of the 300-500 million euro integration costs associated with the Varian acquisition which was not included in any previous company outlook.