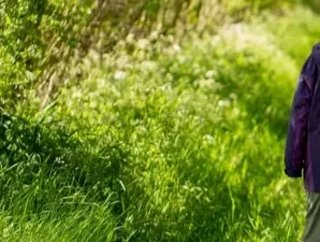 The traditional white sticks used by the visually impaired to help them get about have had a hi-tech makeover, with the launch of a "smart cane" that doesn't just detect obstacles but can also give users information about the shops and restaurants they are passing.

The new device is the brain-child of Kursat Ceylan, a Turkish inventor who was born blind and had an accident three years ago that left him scarred as he struggled to navigate while pulling luggage and checking GPS directions through his smartphone.

As a result, he helped to set up WeWALK, a start-up tech company that has created an electronic handle for the top of a cane. It uses ultrasound to detect obstacles, can be paired with a smartphone and gives voice feedback to help keep the user safe and informed of their surroundings.

Ceylan said at MWG that WeWalk was providing the visually impaired more opportunities to be part of the social world. He was at the conference to pitch the company for the title of ‘best impact start-up’.

The foldable cane, which is priced at $599 has been used by thousands of visually impaired people in 59 countries around the world. WeWalk is also working with tech giant Microsoft (MSFT.0) to add more features. Ceylan added that as people were talking about autonomous vehicles, WeWalk was the device to provide a fully autonomous blind journey to those with sight impairments.

New apps as a source of support

In recent months, many technological advances have been harnessed to help blind and visually impaired people to navigate the world and their lives. Last year, the cloud communications platform Twilio, revealed it is powering Be My Eyes - an app for the visually impaired. It pairs cameras and video chat to help 178,000 people with visual impairments to receive help from more than three million volunteers. As an example, a user can point the camera at a sign, document or even food packaging and then the remote volunteer can read it out for them. The chat function can also be used with companies the support the app, including Microsoft, Google and Lloyds Banking, making it easier for people to get help in using their financial services.