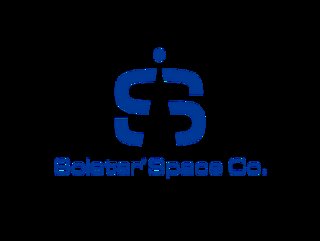 Designed to support all founders from idea to exit, Microsoft for Startups Founders Hub brings together the technology, guidance, and support founders need to hit milestones.

With the platform, startups can build businesses at their own pace with up to US$150,000 of Microsoft Azure. As usage increases, founders can unlock additional credits over time.  For instance, if a founder is in the “Ideate” stage and is developing a prototype it will provide US$1,000 for one year. If the startup utilises those credits in a few months, they can request more from within the platform and it will move them up to the “Develop” stage at US$5,000 for one year.

Solstar Space is the leading commercial space-based connectivity company pioneering the use of persistent communications services for all types of on-orbit assets including satellites, space stations, launch vehicles, and more.

It is focused on making WiFi in space available to support sub-orbit, LEO, and cis-lunar and lunar surface operations. Solstar's WiFi access points and space communicators offer space operations the ability to treat spacecraft as a collection of IoT devices, interacting with onboard experiments and other electronics using the IP protocol. Solstar plans to leverage Azure's IoT Hub to enable customers to interact with assets in space via API or web interface.

"We are proud to be working with Microsoft as we develop space-based communications solutions that will support the next generation of spacecraft including satellites, space stations, and space-based outposts," says M. Brian Barnett, Founder and CEO, Solstar Space Company. "As we work with our clients to connect everything and everyone in space, software is playing a central role in that connectivity for IoT, and mobile devices used aboard spacecraft. Whether it is onboard communications or supporting space-based research that requires scientists on Earth to connect with resources aboard a space station, it is great to have the support of Microsoft's Founders Hub," shares Barnett.

Cybersecurity for space assets is an area of specialised focus for Solstar. The company is enabling space-based operations to connect its technology in space to the internet and securing those connections is central to the company's approach. The Solstar Space VPN will utilise Azure for its infrastructure and make internet connections to spacecraft and onboard components both secure and convenient

The company’s space-tested routers, Wi-Fi access points and hotspots, and space-based satellite data relays are being developed to deliver on-orbit persistent connectivity and are supported by 24/7 customer care. These devices are installed on satellites and spacecraft prior to launch to keep crew, spacecraft, and Earth-based satellite operations teams connected.