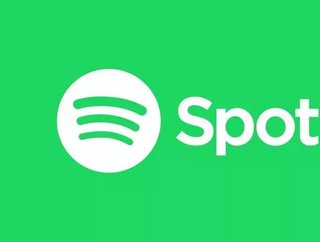 Spotify said the new markets it is targeting represent over 1 billion people in locations across Asia, Africa, the Caribbean, Europe and South America...

Swedish music streaming giant Spotify has announced it is to expand internationally and debut in 80 new markets worldwide.

The announcement itself represents the largest expansion in the company’s history. Spotify said the new markets it is targeting represent over 1 billion people in locations across Asia, Africa, the Caribbean, Europe and South America.

The development was just one of a slew of announcements at a flagship event the company held yesterday, called Stream On, including the upcoming launch of a new lossless streaming service called Spotify HiFi, targeted at enthusiasts.

Recent moves made by the company have included a pivot towards podcasts, with a sequence of acquisitions starting in 2019 seeing the firm acquire podcast networks Gimlet Media, Anchor FM and Parcast. In 2020, it signed a $100mn exclusivity deal with Joe Rogan, one of the world’s most popular (and controversial) podcasters, signalling its intent to corner the market.

In that vein, the company also used Stream On to announce it was partnering with Barack Obama and Bruce Springsteen on a podcast “Renegades: Born in the USA”. Part of the company’s interest is the advertising revenue gleaned from the much longer-form audio compared to songs.

This all comes on the back of mixed quarterly results showing an expansion in its subscriber base (up to 155 million compared to 143 million in Q3 2020) but overall losses, which it blamed in part on the ongoing COVID-19 pandemic. “In 2020, we believe the pandemic had little impact on our subscriber growth and may have actually contributed positively to pulling forward new signups. From a revenue standpoint, advertising was negatively affected in the back half of Q1 and persisted throughout the rest of the year. Looking ahead, we are optimistic about the underlying trends in the business into 2021 and beyond, however, we face increased forecasting uncertainty versus prior years due to the unknown duration of the pandemic and its ongoing effect on user, subscriber, and revenue growth.”