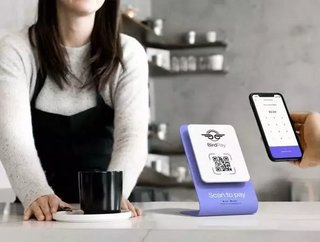 Micromobility tech unicorn Bird provides its electric scooters in over 100 cities worldwide. Customers can access Bird’s two models of scooter and a...

Customers can access Bird’s two models of scooter and a bike using its app, which is the key to the entire process, from finding a ride, to unlocking the vehicle and paying for the journey.

It’s a business model that has proved enormously successful. At the time of its ascension to unicorn status in 2018, Bird was acclaimed as the fastest startup to ever reach the valuation (having been founded just a year before). As of October 2019, the company was valued at $2.5bn, having to date raised $623mn.

Now, the company has announced a new feature allowing customers to use the Bird app to pay in select local businesses in the Los Angeles and Santa Monica area, where the company is based. Bird highlighted the synergy such a feature offered, with 58% of rides involving “heading to or ending at” a local business.

In a press release, CEO Travis VanderZanden said: “An early insight that emerged shortly after introducing Bird in Santa Monica was that it had the potential to not only allow people to avoid the chore of circling a block to find parking resulting in congestion and frustration, but it could also foster a more direct connection between people and local businesses.”

The move can be viewed through the lens of the ‘super app’ approach so-favoured by other mobility providers like Uber, Lyft or Gojek, whom we profiled in the latest edition of the magazine. There, Gojek’s CISO George Do gave us a useful definition of the term, saying: “As a super app, we provide or offer a variety of services to our consumers, partners and merchants.”

While the deployment of Bird Pay is a pilot confined to Los Angeles, the move nevertheless represents a diversification, potentially with the aim of combatting persistent fears about electric scooters being a bubble that will eventually burst.