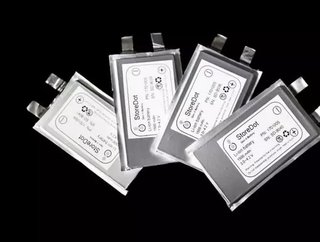 Herzeliya, Israel-based StoreDot has announced the launch of a lithium-ion battery capable of charging in just five minutes.

The company’s so-called extremely fast charging (XFC) technology has been built into sample cells intended as a showcase to electric vehicle firms, with other potential uses in commercial drones and consumer electronics. The product has the potential of aiding in the adoption of electric vehicles by cutting down inconvenient charge times.

In a press release, Dr. Doron Myersdorf, CEO of StoreDot, said: “StoreDot continues to go from strength to strength as we get one step closer to making our vision of 5-minute charging of EVs a commercial reality. Our team of top scientists has overcome inherent challenges of XFC such as safety, cycle life and swelling by harnessing innovative materials and cell design. Today's announcement marks an important milestone, moving XFC for the first time beyond innovation in the lab to a commercially-viable product that is scalable for mass production. This paves the way for the launch of our second-generation, silicon-dominant anode prototype battery for electric vehicles later this year."

The company has previously received backing from the likes of BP, Daimler, Samsung Ventures and TDK. It’s not the first time it has demonstrated its five-minute charging technology, with previous examples of a two-wheeled electric vehicle in 2019 and a drone in 2020. This, however, is the first time the product has been “commercially viable”

StoreDot’s announcement comes as Tesla, the world’s most valuable automotive company, shared a video of the production line for its new “tabless” battery cell, known as the 4680. The company also put out a notice that it was seeking to recruit people to its battery division, which it said was key to achieving the transition to sustainable energy.