Stripe: the payment firm’s journey from startup to investor 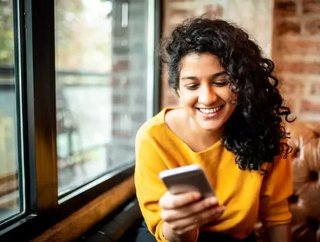 Stripe, the US-based technology firm that serves as a payment gateway for sending and receiving money, was founded in 2009 by two Irish brothers, Patric...

Stripe, the US-based technology firm that serves as a payment gateway for sending and receiving money, was founded in 2009 by two Irish brothers, Patrick and John Collinson, who were both around the age of 20 at the time. Today, John serves as President, while Patrick is CEO.

It counts among its customers established giants like Amazon, Google and Microsoft, as well as disruptors such as Spotify, Uber and Shopify. The company’s broad popularity is at least in part derived from its one stop shop solution, which offers a payment platform as well as complementary applications that allow revenue management, fraud prevention and other services. The payment platform itself

Having gotten its start with assistance from the Y Combinator startup accelerator, the company has since raised a total of $1bn across 11 funding rounds. The company’s latest funding round came in September 2019, and saw the company raise $250mn from investors including General Catalyst, Sequoia and Andreessen Horowitz.

At the time, John Collinson said: “Even now, in 2019, less than eight percent of commerce happens online. We’re investing now to build the infrastructure that’ll power internet commerce in 2030 and beyond. If we get it right, we can help the internet fulfill its potential as an engine for global economic progress.”

From humble beginnings, the company is now valued at some $35bn, with more than 2,000 employees spread across its fourteen global offices, including Dublin, London, Paris, Singapore, Tokyo and a headquarters in San Francisco.

Such financial clout has seen the company pivot from a startup attracting investors of its own to an enabler of smaller companies coming in its wake. Consequently, Stripe made early investments in UK challenger bank Monzo (participating in a £71mn round in 2017), with the company now valued at some $2.5bn.