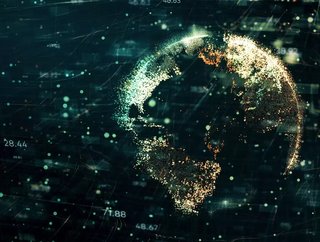 Big tech firms Google, Facebook and Microsoft are the biggest spenders on EU lobbying, a new study has found

Large digital platforms have been growing immensely over the last two decades. By late 2020, Apple, Microsoft, Amazon, and Google had all reached over $1 trillion in market capitalisation, and Facebook joined this club in June 2021.

The report offers an overview of the tech industry’s lobbying firepower with regard to the EU institutions, including who the big spenders are, what they want, and just how outsized their privileged access is. This is especially important given that EU policy-makers are currently seeking to regulate the digital market and its players via the Digital Services Act package.

This EU initiative is made up of two components, the Digital Services Act and the Digital Markets Act, meant to “to create a safer digital space in which the fundamental rights of all users of digital services are protected”, and “to establish a level playing field to foster innovation, growth, and competitiveness, both in the European Single Market and globally”.

What did the study find?

The study, which compiled data submitted by companies to the EU Transparency Register up to mid-June this year, found that tech firms collectively dominate lobbying efforts in Europe, with hundreds of companies, business groups and associations all spending €97 million a year on attempting to influence EU institutions.

It was found that the tech sector now outspends pharmaceutical, fossil fuel, finance and chemicals industries, which used to dominate lobbying.

“The rising lobby firepower of big tech and the digital industry as a whole mirrors the sectors’ huge and growing role in society,” the study said.

“It is remarkable and should be a cause of concern that the platforms can use this firepower to ensure their voices are heard – over countervailing and critical voices – in the debate over how to construct new rules for digital platforms.”

“We have clear policies in place to protect the independence of the people and organisations we sponsor, including a requirement to disclose funding,” Google said in an email to Reuters.

The study warned about the industry’s access to the European Commission, with lobbyists involved in three-quarters of the 270 meetings commission officials had on the two draft laws. It also cited the role played by trade and business associations, think tanks, and even political parties in promoting the tech industry’s narrative.