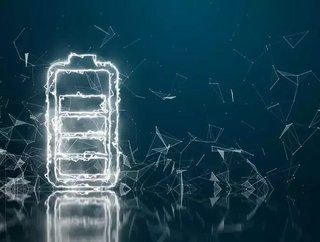 The Nobel Prize for chemistry has gone to three figures involved in developing lithium-ion battery technology, an under-appreciated workhorse of moderni...

The Nobel Prize for chemistry has gone to three figures involved in developing lithium-ion battery technology, an under-appreciated workhorse of modernity.

The prize was jointly awarded to John B. Goodenough of The University of Texas at Austin, M. Stanley Whittingham of Binghamton University, State University of New York, and Akira Yoshino of Asahi Kasei Corporation, Tokyo, and Meijo University, Nagoya.

Lithium-ion batteries have had a transformative effect on technology, powering the revolution in portability experienced in the last 40 years or so. They are used in everything from smartphones to electric vehicles to houses, as the Tesla Powerwall demonstrates.

Lithium-ion batteries possess some distinct advantages over non-rechargeable alkaline batteries and nickel-cadmium rechargeable batteries, stemming from their chemistry. The name refers to the use of Lithium in its more stable ion form rather than as a metal, with the material having a high energy density well suited to use as a battery. Lithium ions flow between electrodes in the battery, producing power while not being chemically changed, ensuring the long life necessary for inclusion in consumer electronics. Charging a battery involves those ions being returned to their starting positions for the process to begin anew.

The three men sequentially contributed to the battery’s development, with Whittingham developing the first functioning example in the 1970s before Goodenough was able to double the potential for a more viable product. Japan’s Sony Corporation were the first to take the technology to market in 1991, in partnership with compatriot chemical company Asahi Kasei for whom Yoshino worked, utilising his development of a harder wearing anode made of petroleum coke. The technology was quickly integrated into video cameras and adopted by Sony’s rivals, and the rest is history.

In a video released by the Nobel Prize Committee, member Olof Ramström detailed some of the reasoning behind the award, which included the “enormous, dramatic effect on society because of this fantastic battery.”