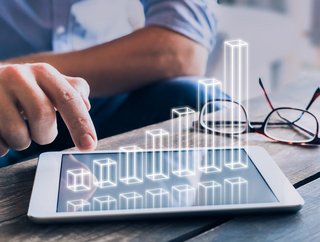 Internet giant Tencent Holdings Ltd has unveiled its quarterly earnings, with profits that have broken records and smashed...

Internet giant Tencent Holdings Ltd has unveiled its quarterly earnings, with profits that have broken records and smashed expectations.

The company puts its profit increase, following a challenging 2018, down to a rise in the value of its investments.

For the first quarter of this year (and the last of the financial year), the company saw 17% growth in net profit, which reached $3.93bn and massively exceeded expectations of analysts.

The company also benefitted from a 46% rise in “net other gains” which includes revenue from investments. Now more than ever, Tencent it looking to diverse sources to gain revenue, such as the industrial services sector, having created a specific Cloud and Smart Industries Group.

A significant contributor to this successful beginning to 2019 was the “FinTech and Business Services” segment, which includes payment and cloud services, and saw a revenue increase of 44%.

Traditionally, the gaming segment where Tencent cut its teeth has been the single largest revenue generator, and while this is still the case it did see a 2% fall, marking perhaps how Tencent has diversified recently and continues to grow in other sectors such as fintech.

Martin Lau, the organisation’s President, said in an earnings call: “From an operating perspective the business is still in investment mode, so in addition to the capital expenditure the business is also generating some operating losses.”

While its net profit was a record, the company has experienced its slowest revenue growth since going public, following on from a slow 2018, as it works on diversifying and manages various acquisitions. Some investors have focused on the disappointing 16% sales gain and as such shares dropped 1.9% following the results announcement – however, throughout this year they have gained 19%.

COO Mark Ren was quick to point out that the company will still focus on its gaming secoor: “We want to attract the gamers, we want to retain the gamers and, over time, work on the monetisation.”

The company’s video streaming service, as well as it social and gaming platforms, also had a significant impact on revenue through advertising.