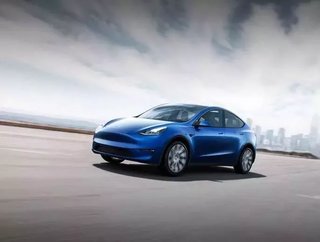 Tesla’s recent run of good news has continued with the release of its financial results for the final quarter of its 2019 financial year. Following o...

Tesla’s recent run of good news has continued with the release of its financial results for the final quarter of its 2019 financial year.

Following on the heels of it becoming a $100bn company, the results show Tesla has also achieved a modest annual profit.

In an earnings call to shareholders, CEO Elon Musk said that  “Q4 was another strong quarter for the company. Deliveries reached over 112,000 vehicles in a single quarter. It's hard to think of a similar product with such strong demand that it can generate more than $20 billion in revenue with zero advertising spend.”

In an update accompanying the release, Tesla hailed the year as “a turning point for Tesla”, thanks in part to improved production capacity. “We were able to start Model 3 production in Gigafactory Shanghai in less than 10 months from breaking ground and have already begun the production ramp for Model Y in Fremont,” the company said. “Higher volumes driven by Model Y and Gigafactory Shanghai, continued improvements in operating leverage, and further cost efficiencies should allow Tesla to ultimately reach an industry-leading operating margin”.

Musk went on to say: “It's hard to think of another company that has more exciting product and technology roadmap. So super-fired up about where Tesla will be in the next 10 years. If you look back 10 years from today to 2010, we will produce approximately at 1,000 times more cars in 2020 then we produced in 2010.”

Fears remain about the strength of the company’s position, however, with the second most valuable car company only selling a fraction of the amount of competitors such as Toyota and Volkswagen. While an argument can be made that it is ultimately a tech rather than a car company, around 15% of the company’s shares are owned by short sellers betting the company is overvalued.