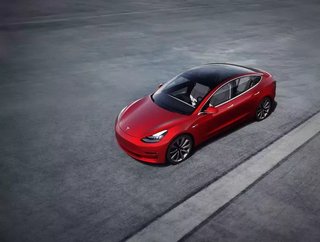 Tesla has used the occasion of its Battery Day event for a raft of announcements around the crucial electric vehicle technology...

Tesla has used the occasion of its Battery Day event for a raft of announcements around the crucial electric vehicle technology.

Among the standout announcements was that Tesla plans to manufacture its own so-called “tabless” batteries for improved range and power, with promises of six times more power and 16% more range.

The company also plans to divest from cobalt inside its batteries, with the element, crucial to battery manufacture, generally being mined in startlingly poor conditions for workers. A timeline, however, was not given.

The final standout was Tesla’s plan to produce an electric vehicle that cost $25,000, in the hopes of a more accessible price driving wider adoption.

The live presentation was attended by 240 shareholders sitting in Tesla Model 3 vehicles.

The much hyped event perhaps led to unrealistic expectations from investors, with $50bn being wiped off its stock market value in the aftermath. Indeed, Musk used a tweet to seemingly tamper expectations prior to the event, saying: “Important note about Tesla Battery Day unveil tomorrow. This affects long-term production, especially Semi, Cybertruck & Roadster, but what we announce will not reach serious high-volume production until 2022.”

The company nevertheless remains valued at over $400bn, being the world’s most valuable automotive manufacturer despite producing a comparatively paltry number of vehicles.

Tesla has undoubtedly been one of the largest beneficiaries of the booming US stock market, buoyed in part by many amateur investors who consider themselves fans of Elon Musk and his ambitions with Tesla and a suite of other companies including SpaceX and The Boring Company.

Indeed, the company recently split its stock on a five-for-one basis, meaning individual shares were more accessible for smaller investors. The measure reduced Tesla’s shares from $2,000 per unit to $500.

Tesla’s dominance highlights the increased importance of technology to the automotive industry, with the announced battery tech dovetailing with the automated driving features essentially all manufacturers are racing to develop.