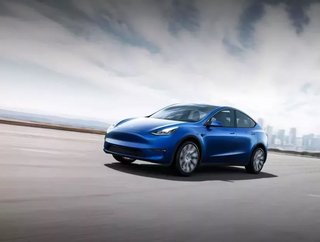 The continuing rise in Tesla’s share price has elevated CEO Elon Musk to the position of world’s second richest person, leapfrogging Microsoft’s B...

The development places him behind only Amazon’s Jeff Bezos, who is some distance ahead thanks to a net worth of $182bn, more than the GDP of Iraq. Elon Musk’s wealth, in comparison, is somewhere between the GDP of Morocco and Ukraine.

Bill Gates’ name has long been synonymous with ultra wealth, owing to him having founded and led Microsoft through the personal computing revolution. He stepped down from the company in 2008, however, and now dedicates his time to the Bill & Melinda Gates Foundation, which is reportedly the world’s largest private charity.

Musk’s wealth has risen precipitously. Having started the year in 35th place, his net worth has since soared by $100bn. Compounding that is the fact that his pay is tied to Tesla’s continuing success, with every $50bn the company gains in value over the next ten years resulting in payouts - topping out at $55.8bn if the company is worth $650bn by 2028.

Tesla is well on its way to that figure, thanks to further good news such as its recent inclusion in the S&P 500 index sending its valuation to around $500bn and making it easily the world’s most valuable car company. Tesla has, of course, also been one of the greatest beneficiaries of rising stock market prices undaunted by the ongoing COVID-19 pandemic.

Its rise has led some to ask whether it is more of a tech company than an automotive manufacturer. The company takes a technological approach, with over-the-air software updates and autonomous driving setting it apart from its peers. It’s approach is driving change in the automotive industry, with established competitors such as Toyota adapting to trends and investing in autonomous vehicle technology.