The Modernisation Race: Acceleration from a Standing Start 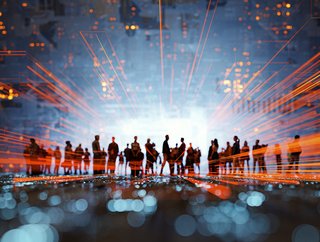 Gautam Khanna, VP and Global Head, Modernisation Practice, Infosys, explores how organisations need to keep up with the ever changing digital world

Digital transformation, and its hearty accomplice, technology modernisation, are no longer nice-to-have. Research has found that companies that digitally transform both their business model and technology grow five times faster than those that don’t. According to a recent Infosys study, organisations are increasingly modernising their technology landscape to enhance their revenues, enrich customer experience, and become more resilient.

In five years, most legacy will be gone

By our estimate, just 10%-30% of the legacy technology will be left in the next five years. But firms are cautious of doing everything too quickly and upsetting the business equilibrium. Many firms cite dependence on legacy applications for business-critical systems, and a workforce that is resistant to change. Executives in our study are also worried they don’t have the required talent to perform tasks such as refactoring core applications or migrating to the cloud without any disruption.

Firms need to upskill and reskill their workforce and seek modernisation experts for effective transformation. These experts work with organisations in an Agile cadence, releasing modernised systems incrementally, rather than all at once. According to our research, this phased (or “strangler”) modernisation approach significantly reduces the chance of systems coming to a standstill.

Starting small and going slow at first is all important. Counterintuitively, it will accelerate timelines and minimise impact on business systems. It also gives time to enterprises to get a grip on new technologies while leaving room for business to work closely with technology teams. This is what Kmart Australia did in its successful transition to cloud and microservices technology. It started with a simple point-of-sales lift-and-shift to cloud infrastructure. But later, using the Infosys A.R.T (accelerate, renew, transform) modernisation framework, it revitalised applications and transformed business processes through automation.

Also, given the number of dependencies between different systems, it is important that practitioners understand the nuances of IT project delivery and application prioritisation.

The need for a holistic modernisation roadmap and strategic vision

“Small and steady” is not easy. There will always be a sense of inertia and even right-out hostility when big changes are on the horizon. This is why a concrete strategy and roadmap are vital. Also important is a business case sign off and executive sponsorship at the CXO level. These are the two biggest elements of modernisation success, as outlined in our study.

The modernisation strategy should start with a few important applications that entail significant business benefits. A good partner can de-risk the modernisation journey by doing an early techno-commercial validation, bringing in the right vendors through a single commercial interface, and accelerate time to market with the right toolkit. Rather than going all in with a big-bang cutover, a phased, or even “coexistent” modernisation approach, should be used for minimal system downtime, reducing the risk of business disruption.

Incremental change requires a high-level vision from business leadership. Here, application modernisation is not seen as a pure technology feat, but as a transformation of the very essence of the enterprise. For example, the credit reporting company Experian wanted to move to cloud architecture to provide real-time data access to its customers. Product managers already excited about cloud technologies were harnessed, enabling the firm to sidestep early resistance. The high-level vision and associated roadmap sped up transformation through Agile practices, with senior leadership seeing business benefits just six months into the transformation. Because the movement from state A to state B was written down, initial doubts were thwarted, and meticulous attention to detail became the cornerstone of the whole initiative.

Experian started its modernisation journey by implementing a few internal APIs, and then when that succeeded, it moved toward full-scale business reinvention. The result was the Ascend platform that allows customers to make credit decisions based on near real-time data ⁠— a new way of making money.

Firms that stand still will be tomorrow’s losers. To win big in the new marketplace, digital transformation is imperative. Upskilling, vision, and a micro-change approach to application modernisation may sound difficult, but concerted efforts will certainly reward those bold enough to try.